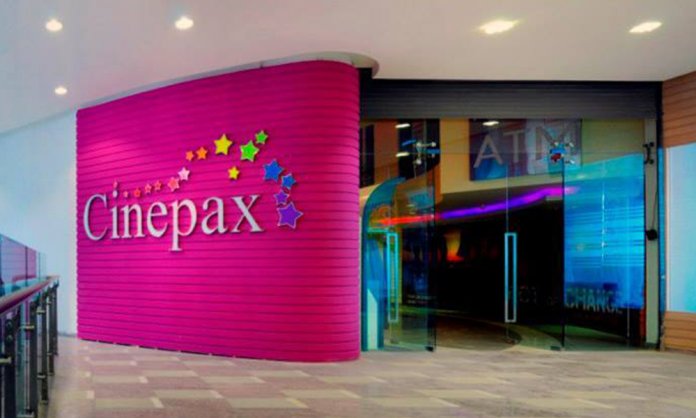 The Abraaj Group (“Abraaj” or the “Group”), a leading investor operating in growth markets, announced today it has invested through its Fund, in Cinepax Limited (“Cinepax” or the “Company”), Pakistan’s leading cinema operator.

Arif Baig Mohamed and Pir Saad Ahsanuddin established Cinepax in 2006 and launched their first multiplex in 2007. Since then, the Company has established itself as the market leader and today has 29 screens in 12 locations. With Abraaj’s investment, Cinepax plans to develop 80 new screens across multiple locations over the next four years and also grow other entertainment related ventures.

Pakistan’s entertainment industry has significant growth potential, underpinned by strong demographic drivers, positive changes in regulatory frameworks, and a growing number of malls that can support cinema multiplexes. In addition, the current low ratio of cinema screens (0.5 per million-population) and the opportunity to revitalize the local film industry represent a compelling investment rationale.

Abraaj will support the Company in establishing international standard multiplex cinemas in new and upcoming locales. The Group places a high priority on environmental, social and governance considerations and will actively assist with job creation and training of multiplex staff, as well as strengthening governance and operational efficiencies to achieve best-in-class operating standards.

Commenting on the transaction, Omar Lodhi, Partner for Asia at The Abraaj Group, said: “Our investment into Cinepax demonstrates our faith in the opportunity that Pakistan’s young growing population and expanding middle class represents. This group is increasingly seeking improved entertainment options, which Cinepax is ideally positioned to provide. As one of the most active investors in Pakistan, with a strong on-the-ground presence, we see a long-term market opportunity in the cinema operator and video streaming business. Cinepax’s founders Arif Baig Mohamed and Pir Saad Ahsanuddin reflect Pakistan’s vibrant entrepreneurship ecosystem, having helped grow the cinema sector in the country. We look forward to partnering with Cinepax’s management team in enabling the Company to reach a wider audience.”

Arif Baig Mohamed, Chairman of the Board of Cinepax, added: “Since our company was founded 10 years ago, we have grown to 29 screens in 12 locations, and continue to see an opportunity to further expand our footprint in not only our core cinema exhibition business, but also new related opportunities, including the digital video space. We are also committed to supporting local talent and the film making industry. The Abraaj Group holds an impressive track record in the consumer sector, having taken companies like ours to the next level of growth and evolution. We are delighted to welcome Abraaj as an investor into our business and look forward to partnering together to reach more people across the country, providing much needed entertainment options.”

The Abraaj Group has been present in Pakistan since 2004. This transaction marks Abraaj’s 9th investment in Pakistan across a number of sectors including healthcare, power distribution, renewable energy and industrials.

Cinepax is Pakistan’s Favorite Cinema Chain, which is currently running 13 cinemas with 30 screens in 9 cities across Pakistan including Karachi, Lahore, Rawalpindi, Faisalabad, Gujranwala, Murree, Gujrat, Hyderabad and Islamabad having a total of 5,300 plus seats nationwide.