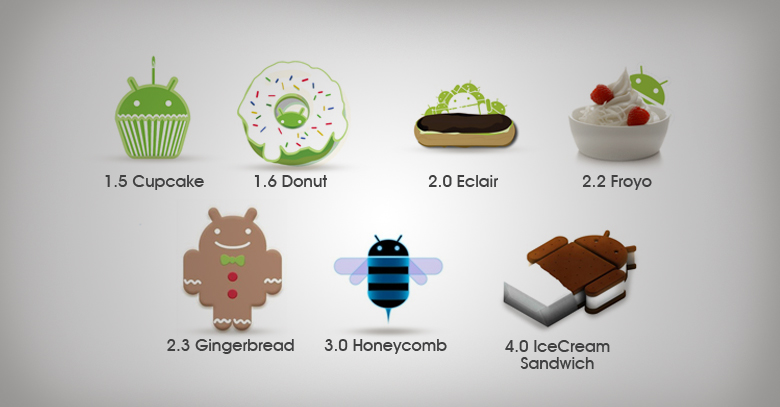 Android has been notorious for naming their smartphone firmware after desserts. It was peculiar when Android named their third version for mobile operating system ‘Cupcake’, after naming Android 1.0 and 1.1 as Alpha and Beta respectively. Ever since then, the evolution in versions seems to have been inspired by various desserts.

Why the sudden jump from Greek alphabets to bakery goodies? Behold as we let the cat out of the bag.

Google Developers name their mobile operating system on a concealed code which hides in plain sight. That is right; the eleventh firmware from the Android family is named ‘Kit Kat’ for more than one reason.

Does it seem like a coincidence? Take another look at the names of all the preceding Android versions, the theory is not as farfetched as it seems;

The questions now arise, was branding with Kit Kat really a strategic cross promotion? Or was it just an ‘alphabetic’ necessity? Was Kit Kat brought on board by Android just to continue their alphabetic streak?

Whatever the reason maybe, all the fans of Kit Kat across the world are delighted to see their favorite chocolate’s name used for an OS which 1/7th of the World uses.

Some unanswered questions still remain, but one can be answered with almost absolute certainty. The next Android version will start with the letter L.

These questions can only be answered with the next launch, for now there can just be speculations, like Lava cake, Lemon Pie, Lemon Cheesecake, Lollipop or a brand name like Liquorice. Whatever it might be, it promises to be a mouthful.