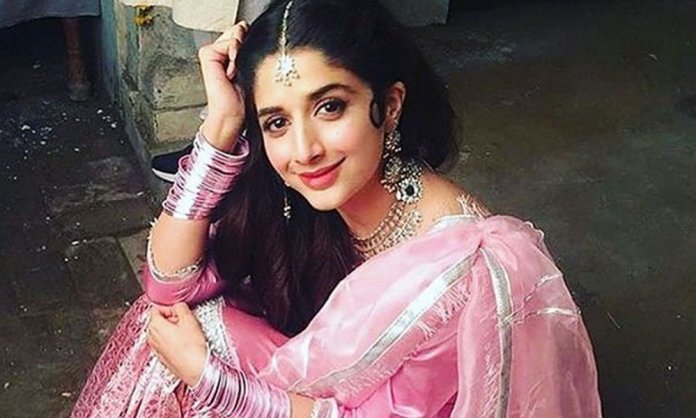 Last time, the power-packed first appearance of Jameel and Chammi was enough to cheer up the Aangan fans who were impatiently waiting to see their favorite on-screen couple.

The latest episode of Aangan got even better due to the entry of another fan favorite Mawra Hocane as Aaliya, the narrator of the story, and her fans couldn’t be any happier!

Aaliya is Mazhar’s younger daughter, with an innocent and shy personality. From her dress to her hairstyle, her appearance was spot on. Aaliya shares a friendly bond with her elder sister, Tehmina (Hira Mani) and thinks of Safdar (Ahsan Khan) as her elder brother.

Tehmina, on the other hand, is in love with Safdar (Ahsan Khan) but is afraid to express her feelings because of her mother (Madiha Rizvi).

The episode was also focused around Jameel and Chammi as they have now developed feelings for each other. They also revealed that Chammi is, in fact, Zafar’s daughter who is living with her grandmother after separation of her parents.

Since the financial conditions of the family are no more the same as they once used to be when Malik was alive, Jameel asks Chammi for money to pay for his F.A. exams. She doesn’t even think for a second to give him all her savings from the amount her father sends her every month via pay order from Hyderabad.

How was the 5th episode?? #Aangan . @ahadrazamir @sajalaly For me it was awesome😘😘 . Jameel & chammi nailed it 😎😎 . Give your feedback.. I'll post on my story your precious comments inshallah 💙 . #ahadrazamir #SajalAly #aangan #chammi #jameel

The effortless chemistry between Ahad and Sajal is what makes them the favorite on-screen couple these days. They both can keep us hooked to the screens even in the scenes with no dialogues.

Although Jameel seems really serious about Chammi, there is a sense of guilt from his side for being a bit selfish. Let’s hope this doesn’t ruin their relationship in future because it will be just terrible to see a heartbroken Chammi.

This week’s episode has once again taken the internet by storm as the followers of Aangan probably had the best day of the week!

The entry of Mawra Hocane as Aaliya became the highlight of the episode!

🤧🤧 a glimpse of what safder life was like 😭😭😭 this made me sad #Aangan #AhsanKhan #Safder pic.twitter.com/GGyuDm6R1G

Sajal Aly once again stole the show with her performance, proving why she is one of the best actresses in Pakistan at the moment.

Sajal yet again proves what an amazing actor she is. From Zubia to Sassi to Chammi every role she plays, she nails it #Aangan

Sajal and Ahad still manage to prove that they can light the screen on fire with their chemistry. The scenes today were such a delight and brought some freshness on the screen with the contrasting personalities of the two characters. @Iamsajalali @ahadrazamir #Aangan