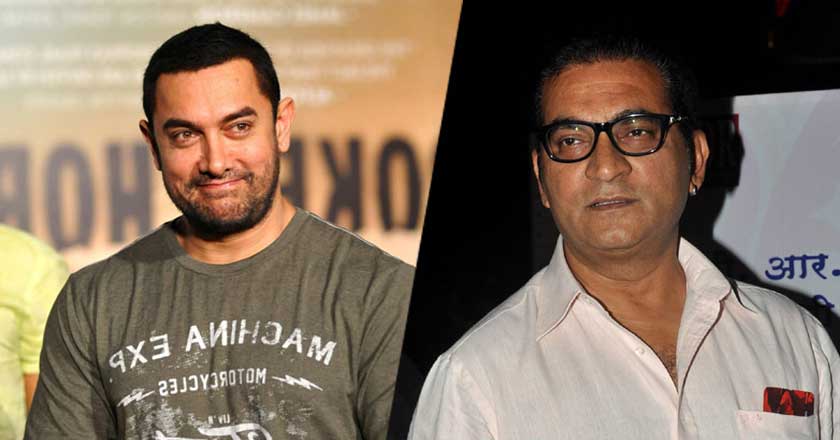 Aamir Khan’s religious intolerance controversy continues to get out of proportion with the whole of India, particularly Bollywood fraternity divided into two zones. Recently, Infamous Indian singer, Abhijeet Bhattacharya wrote an open letter to the singer slamming him and his family.

The singer, who is known for his anti-Muslim and anti-Pakistan sentiment said the following in his letter:

I am an ordinary Indian citizen and an avid movie-goer. You are a superstar in a country where the majority of movie-goers are Hindu. For years, we have spent our money to buy tickets for your movies. It is our money that has made you what you are today. We clapped when as ACP Ajay Rathore, you destroyed a sweet-talking Gulfam Khan in ‘Sarfarosh’. We cheered when as Bhuvan, you played the winning shot in ‘Lagaan’. We cried when as a sensitive art teacher, you made us root for Ishaan Awasthi in ‘Taarey Zamin Par’.

A couple of generations before you, an Yusouf Khan had to become a Dilip Kumar to be accepted and a Mahajabeen Bano had to reinvent herself as Meena Kumari. Not you though. Neither you, nor your contemporaries had to hide your identity to be successful. You became a star in a new India.

You were silent even when a mob from Reza Academy kicked and destroyed a national memorial and manhandled female cops. But now, suddenly, your wife feels insecure in India and wants you to move out. If I WERE indeed intolerant, I would suggest you move to the Kingdom of Saudi Arabia, the safest place on earth, where Begum Kiran Rao can feel absolutely secure inside her abaya and your little son can grow up watching public executions in a Riyadh square.

But I am not going to do that. As a tolerant Indian, the only thing I can and WILL do is to make sure that not even one rupee of my hard-earned money goes towards buying tickets for your movies. Thanks for the disappointments.

Aamir Khan, 50, who is known for his superhit movies and famous social cause show, Satyamev Jayate hit the bottom when he said, “For the first time Kiran has spoken about moving out of the country. She fears for her child. That is a disastrous and a big statement for Kiran to make to me. She feels scared to open the newspapers everyday. That does indicate there’s a growing despondency apart from alarm. You feel depressed, low, why is this happening. That does exist in me.”

Since then, Extremist Hindu parties and alot of celebrities have thrashed or trolled the actor for his statement. See More here: I Stand by Everything I said: Aamir Khan breaks silence