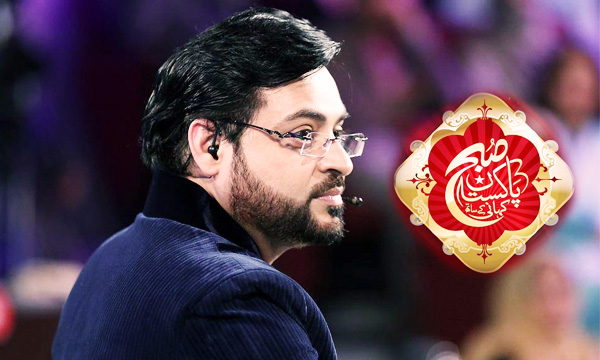 Aamir Liaquat is all set to enter the morning show saga with the revamp of his show ‘Subh-e-Pakistan’. Described as a trendsetting yet realistic morning show that inundates the viewers with social and religious awareness with a pinch of entertainment and thoughtfulness.

The widely known scholar has long been associated with GEO Network and will soon be gracing our television screens with his auspicious presence.

Subh-e-Pakistan will air at 9:00 AM from Monday to Friday only on GEO Kahani. The date for the screening of the show has not yet been revealed.

Posters for the show have gone live on Subh-e-Pakistan’s official Facebook page, as can be seen below: