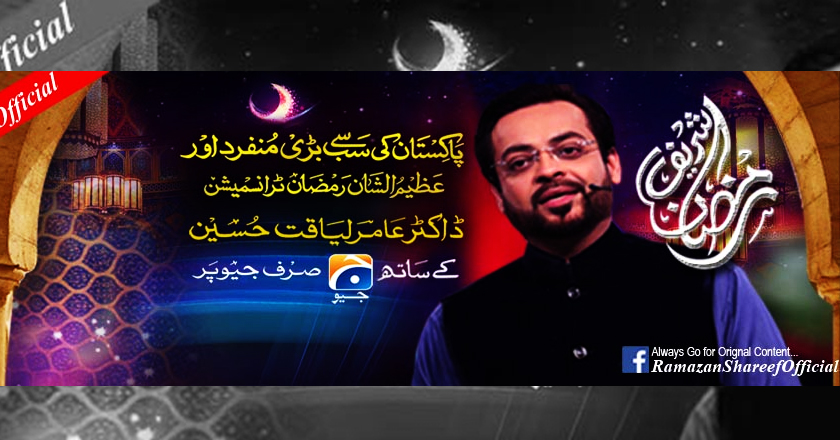 With the holy month of Ramadan just a few weeks away, televangelist Aamir Liaquat Hussain has announced his plans to host Ramazan Transmission 2015 on Geo, titled, Ramazan Shareef.

The religious scholar and morning show host is one of the most watched TV personalities. Known for his round the clock transmission and in-depth religious knowledge, Hussain’s name has been linked to a number of media controversies in the past.

However, after an ill-fated controversy, it is highly improbable that Junaid Jamshed will return to ARY or any other channel as for that matter, hence giving Liaquat a wide berth to score high on the rating charts for Geo once again.