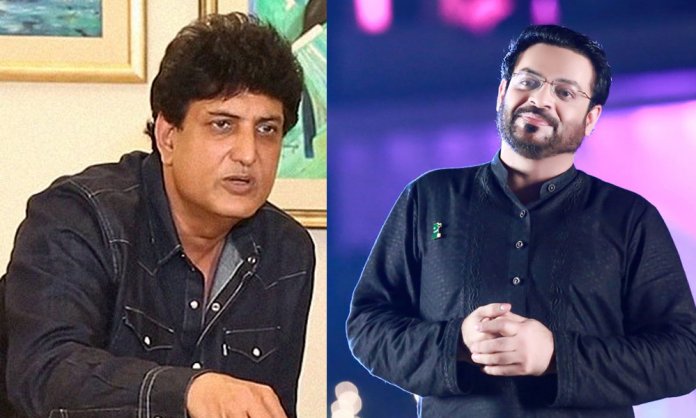 On the show, ‘To The Point’ on Express-News, Mansoor invited Aamir Liaquat, Resham, and Khalil-ur Rehman to discuss the unfortunate events that took place on national television prior to this discussion.

The argument initiated after a discussion regarding Aurat March’s slogan ‘my body, my choice’ fueled. Khalil ur Reham has attacked women publicly several times in public.

Regardless of her shortcomings, channels have been signing him for future contracts and giving him a project after project.

Liaquat, when spoke regarding the matter on the show, said, “He should be kept in an isolation ward, in society he shouldn’t live amongst humans. He must be kept away from humans.”

He also highlighted that Qamar is an embarrassment. He has brought shame to his gender while Resham laughed.

Resham criticized channels that are assigning Qamar with projects and providing him opportunities and the women who wish to be a part of his scripts.

She emphasized that he is currently a well-known writer in the industry and that actors are eager to work with him but now, he has lost all the respect he has earned.