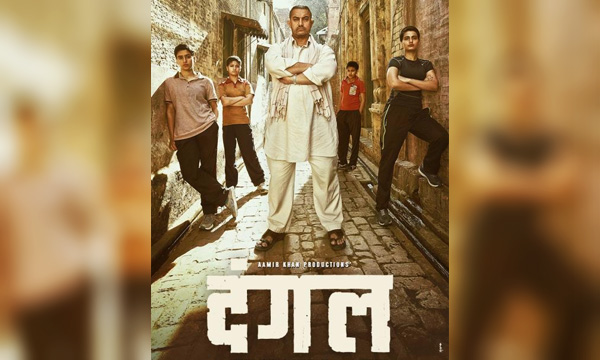 While the trailer of Aamir Khan’s Dangal movie left us all in awe, the latest poster of the movie will leave you even wanting for more! The much-hyped saga is all set for its mega release by December 28th, 2016.

Hey guys, thanks for the fantastic response to Haanikarak Bapu & Dhaakad! Here is our second poster, hope you like it. Love. a. pic.twitter.com/lqL5LUjQla

The intense trailer is packed with action and Khan has truly rocked his avatar as Mahavir Sinh Phogat.

Check out the trailer of Dangal for yourself!

The trailer is indeed a winner! The movie is all set to break stereotypes with its motivational story of a Haryana wrestler  who trains his daughters to win an Olympic gold for India.

Mr. Perfectionist will also be taking the place behind the microphone, this time as a rapper for his upcoming movie.

What is more, the actor gained weight for one-half of the movie and lost weight for the other half, this is commendable in itself!

While speaking about his role Amir said; “For Dangal I had gone up to 95 kgs. I am done shooting for that portion and have lost quite a lot weight. I am now weighing 72 kgs. My aim is the Ghajini look. It was difficult to lose weight but I have exercised 6-7 hours daily to get into this shape”.

The movie is slated to release this Christmas.