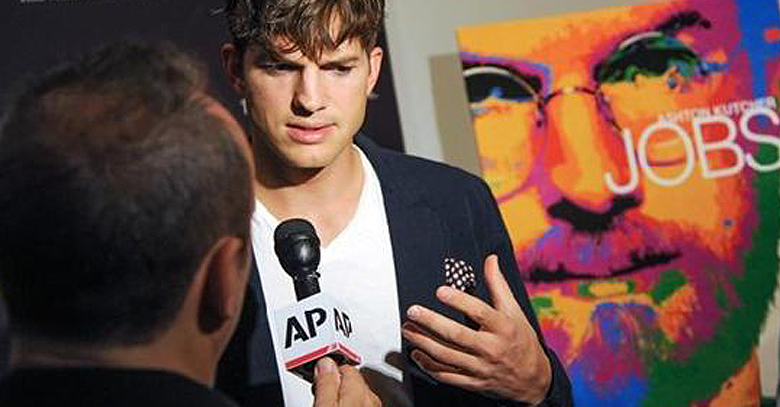 Legend Steve Jobs’ biopic is on its way to release, starring Ashton Kutcher as critics and the audience tend to have dubious opinions.

The movie shows some of the most interesting achievements, yet the most bizarre struggles that Jobs experienced during his lifetime.

Many people, across the globe, have a rather emotional connection with Steve Jobs rather than a professional one.  Being the pioneer in the Smartphone industry, Jobs struggled, but gave the world an entirely new paradigm of excellence.

Reports suggest that Kutcher has performed well in the movie as he read biographies, books and other comments that would help him get into the shoes of the legend.

“People didn’t fathom the personal computer on a mass produced level. I loved the fact that this amazing communicator once struggled to find the words to describe the story he wanted to tell,”  director Joshua Michael Stern, said.

However, Kutcher was successful in depicting Job’s character, personality and even walking style way it was expected.

But, in the eyes of fans and critics, flaws were also instantaneously highlighted.  Berserk behavior, out-of-box imaginations, deterrence of the ordinary were some of the many features that were highlighted, hitting fans hard.