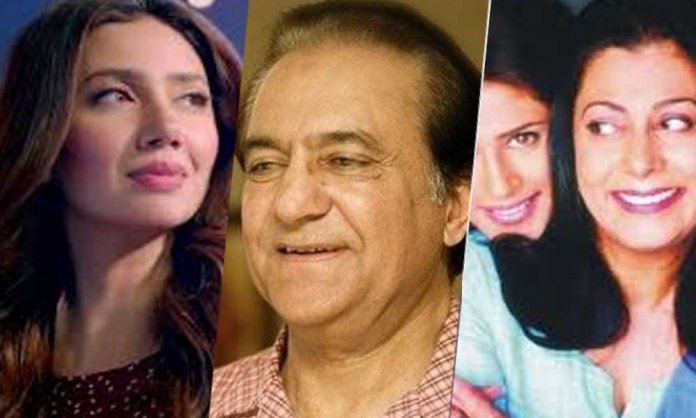 The veteran Pakistani actor Firdous Jamal created an uproar on the internet after his mean comments against the glowing 34-year-old ‘Raees’ actress Mahira Khan.

Soon after the video went viral on social media, a number of Pakistani celebrities stood up in support of Mahira Khan and schooled him for stating such blunt remarks.

However recently, a famous Pakistani actress Mehreen Raheal also lashed out at the veteran actor and said that he is a ‘horrible person’. She took to her social media accounts and wrote that she always felt extremely uncomfortable around him.

While defending Mahira Khan, she also said that Firdous Jamal is ‘supremely hypocritical’ and she has lost her respect for him now.

Here is exactly what she wrote:

I have worked with mr Jamal…. till now I never mentioned the horrible human that he is…… I never spoke to him… as I found him extremely uncomfortable to be around …

my conversations with him were limited to two words or none…. lech·er·ous… when notices amongst the female extras….. and supremely hypocritical…… never could find the love for him as a senior actor and the respect that I had some what of it is…. now lost..

#MahiraKhan I@ so sorry that after all the happiness you have given us…. this is what you must go through… you are a star …. a very beautiful one ….

This story was originally published on VeryFilmi.com