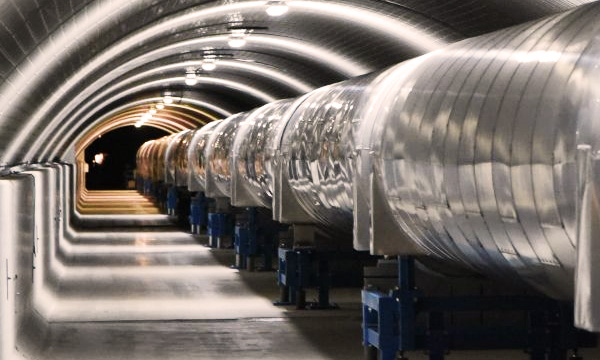 In a landmark discovery for physics and astronomy, international scientists said Thursday they have glimpsed the first direct evidence of gravitational waves, or ripples in space-time, which Albert Einstein predicted a century ago.

When two black holes collided some 1.3 billion years ago, the joining of those two great masses sent forth a wobble that hurtled through space and arrived at Earth on September 14, 2015, when it was picked up by sophisticated instruments, researchers announced.

“Like Galileo first pointing his telescope upward, this new view of the sky will deepen our understanding of the cosmos, and lead to unexpected discoveries,” said France Cordova, director of the US National Science Foundation, which funded the work.

The phenomenon was observed by two US-based underground detectors, designed to spot tiny vibrations from passing gravitational waves, a project known as the Laser Interferometer Gravitational-wave Observatory, or LIGO.

It took scientists months to verify their data and put it through a process of peer-review before announcing it on Thursday, marking the culmination of decades of efforts by teams around the world. 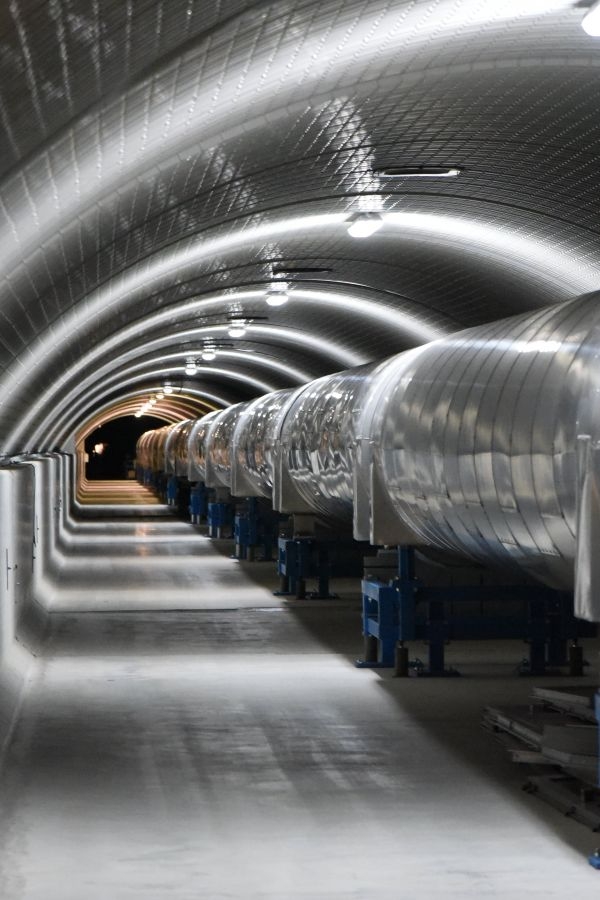 “LIGO has ushered in the birth of an entirely new field of astrophysics,” said Cordova.

Gravitational waves are a measure of strain in space, an effect of the motion of large masses that stretches the fabric of space-time — a way of viewing space and time as a single, interweaved continuum.

They travel at the speed of light and cannot be stopped or blocked by anything.

Einstein said space-time could be compared to a net, bowing under the weight of an object. Gravitational waves would be like ripples that emanate from a pebble thrown in a pond.

While scientists have previously been able to calculate gravitational waves, they had never before seen one directly.

According to the Massachusetts Institute of Technology’s (MIT) David Shoemaker, the leader of the LIGO team, it looked just like physicists thought it would.

“The waveform that we can calculate based on Einstein’s theory of 1916 matches exactly what we observed in 2015,” David Shoemaker, the leader of the LIGO team, told AFP.

“It looked like a chirp, it looked at something that started at low frequencies — for us low frequencies means 20 or 30 hertz, that’s like the lowest note on a bass guitar, sweeping very rapidly up over just a fraction of a second… up to 150 hertz or so, sort of near middle C on a piano.”

The chirp “corresponded to the orbit of these two black holes getting smaller and smaller, and the speed of the two objects going faster and faster until the two became a single object,” he explained.

“And then right at the end of this waveform, we see the wobbling of the final black hole as if it were made of jelly as it settled into a static state.”

The L-shaped LIGO detectors — each about 1.5 kilometers (four kilometers) long — were conceived and built by researchers at MIT and Caltech.

One is located in Hanford, Washington, and the other is in Livingston, Louisiana. A third detector, called VIRGO, is scheduled to open in Italy later this year.

Tuck Stebbins, head of the gravitational astrophysics laboratory at NASA’s Goddard Spaceflight Center, described the detectors as the “most complex machines humans have ever built.”

Both LIGO and VIRGO have undergone major upgrades in recent years.

Physicist Benoit Mours of France’s National Center for Scientific Research (CNRS), which is leading the VIRGO team along with Italian colleagues, described the discovery as “historic” because it “allows us to directly verify one of the predictions of the theory of general relativity.”

Physicists said the gravitational wave detected at 1651 GMT on September 14 originated in the last fraction of a second before the fusion of two black holes somewhere in the southern sky, though they can’t say precisely where.

Einstein had predicted such a phenomenon would occur when two black holes collided, but it had never before been observed. An analysis by the MIT and Caltech found that the two black holes joined about 1.3 billion years ago, and their mass was 29-36 times greater than the Sun.

The wave arrived first at the Louisiana detector, then at the Washington instrument 7.1 milliseconds later. The two instruments are 1,800 miles (3,000 kilometers) apart, and since both made the same reading, scientists consider their discovery confirmed.

“Black holes are interesting because they do not give off any light and that is why these particular objects had never been seen before — because all of the astrophysical instruments to date use light,” said Shoemaker.

“So this is one of the ways in which this tool is special and unique in the astronomical toolkit.”

He said the new data “can really help to explain the formation of galaxies and overall large scale structures of the material in the universe.”

Details of the discovery are being published in the journal Physical Review Letters.

Indirect proof of gravitational waves was found in 1974 through the study of a pulsar and a neutron star. Scientists Russell Hulse and Joseph Taylor won the Nobel Prize for physics for that work in 1993.

“Humanity has now another tool for exploring the universe,” Stebbins told AFP.

“This is like the perfect outcome. The door is open to new discoveries,” he added. “This is a new era in astrophysics.”