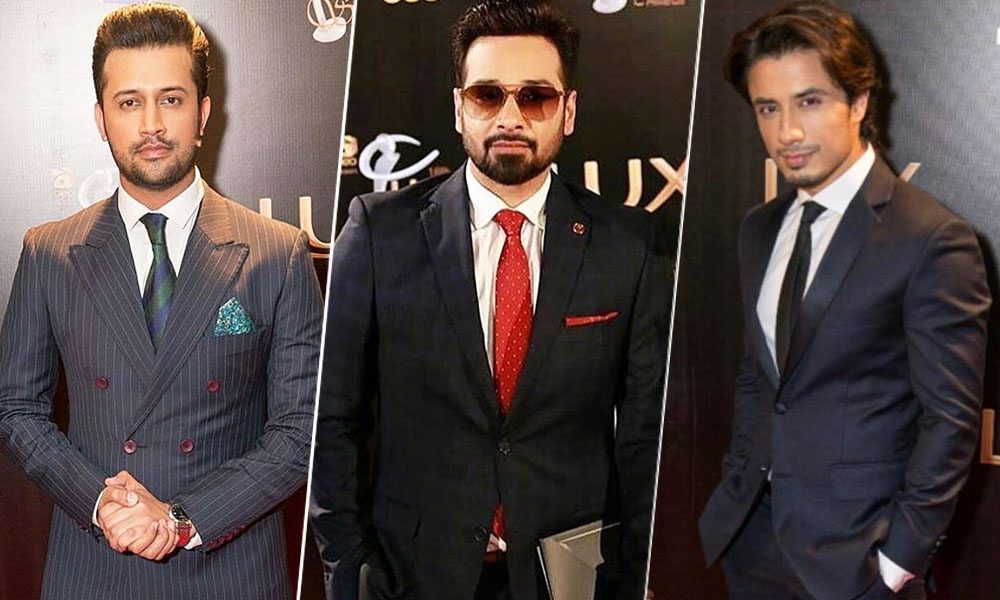 The Lux Style Awards were held in Karachi on the eve of the Panama case verdict. The entire country was eagerly waiting for the decision of the Supreme Court.

The star-studded event was full of glitz and glamor, Celebrities present at the show were asked what they think about the Panama case and quite a few shared their opinions on the red carpet.

Here’s what Pakistani celebrities had to say on the Panama Case Verdict!

1. Ali Zafar shared his thoughts on the Panama case: Zafar jokingly hummed his blockbuster song in response to the question on Panama. He then went on to say,

“We want a stable Pakistan, we want a growing progressive Pakistan. Whatever the decision, hope it is for the betterment of the nation.”

2. Faisal Qureshi wins for the best comment of the night! Senior veteran actor, Ejaz had lots to say on the issue.

“Our country has been the subject of many an evil eye, and measures are needed to counter it and make it prosper.”

The star chose not to talk about it, adding that she had zero interest in the political situation of Pakistan.

“Being an ordinary person who pays taxes, it is important that everything is accountable. If there is no progression in the country but people are building houses across the globe. We definitely need accountability!” The multi-talented singer and performer who was also the host for the evening, Atif Aslam did not want to comment on the case and stated, “I am a positive person and like to stay away from the negativity.”

The actress who has just made her debut with the feature film, Chalay Thay Saath was totally oblivious to the whole Panama case verdict.

The actor has always been involved in the politics of the nation and frequently shares his personal opinions through his official social media accounts. Here’s what he said on Panama,

Malick was shocked and surprised on the Panama case verdict, and could not believe what just happened.