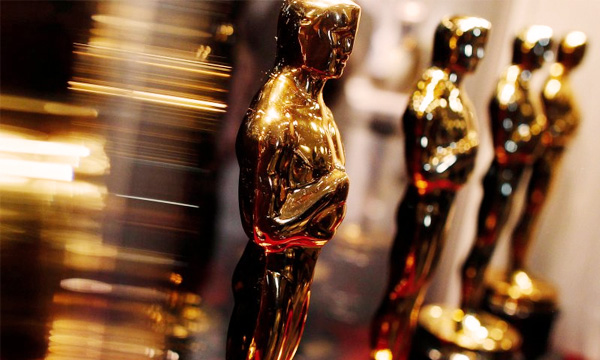 The 88th Oscars ceremony is due to be held February 28 at the Dolby Theater in Los Angeles, presented by actor and comedian Chris Rock. Here’s a look at the numbers behind this year’s event with 10 key figures.

The number of nominations received by the Alejandro González Iñárritu movie “The Revenant”. Named in three of the main Oscars categories (Best Picture, Best Director, Best Actor), the epic, starring Leonardo DiCaprio in its lead role, falls short of matching the record 14 nominations for “Titanic” and “All About Eve,” the Joseph L. Mankiewicz classic from 1950. Gifts in this year’s goodie bag include a first-class ten-day trip to Israel, a two-week holiday in Japan, a year of Audi car rentals, beauty products, fitness sessions, laser beauty treatments, vodka, personalized M&M’s and even a sex toy.

“Mustang” is the 40th French movie to be nominated for Best Foreign Language Film, a record in the category. The last French movie to win the gong was Régis Wargnier’s “Indochine” in 1993. Since 1948, France has notched up 12 Oscars in various fields, including three Honorary Awards.

The number of years between Sylvester Stallone’s two nominations for playing Rocky Balboa. In 1977, the actor was nominated for the first time in his career for his role as the famous boxer. Although success eluded Stallone first time around, he could score a win on Sunday by beating Christian Bale, Tom Hardy, Mark Ruffalo and Mark Rylance to the title of Best Supporting Actor for “Creed.”

Number of Academy of Motion Picture Arts and Sciences members with voting rights in this year’s Oscars, compared with 230 when the ceremony first started back in 1927.

According to a study published at the end of 2013 by the Los Angeles Times, these movie industry representatives are on average 62 years old, 77% are men and 93% are white. These stats do nothing to help the current debate about the lack of diversity at the Oscars.

The total number of Oscar nominations for musician John Williams, the record for a living person. Since his first nomination in 1968, Steven Spielberg’s composer of choice has won five Oscars with music written for “Fiddler on the Roof,” “Jaws,” “Star Wars,” “E.T.” and “Schindler’s List”. On Sunday, the American composer could bag a sixth statuette for his work on “Star Wars: The Force Awakens.”

The number of countries that submitted a feature film for the Best Foreign Language Film award. Paraguay sent a movie to the competition for the first time in history. However, the country’s entry wasn’t picked for the finalists’ shortlist, which includes “Mustang” (France), “A War” (“Denmark), “Embrace of the Serpent” (Colombia), “Theeb” (Jordan) and “Son of Saul” (Hungary), the hot favorite for the gong.

The number of times Jennifer Lawrence has been nominated for an Oscar, a first for an actress aged 25 or under. In 2010, aged just 20, the “Hunger Games” star picked up her first nomination for Best Actress with “Winter’s Bone.”

Thanks to director David O. Russell, the Hollywood star bagged three more nominations for “Silver Linings Playbook,” “American Hustle” and “Joy.” On Sunday, she could walk away with the second Oscar of her career, four years after her first win.

The total number of nominations received by “Star Wars” movies. With five nominations for the latest installment, “The Force Awakens,” the intergalactic adventure is edging closer to Peter Jackson’s “The Lord of the Rings” trilogy. All in all, “The Lord of the Rings” movies have bagged 17 Oscars, with the third movie, “The Return of the King,” winning 11 alone. The six movies in the George Lucas saga have won a total 10 Oscars, with seven for the original “Star Wars” movie, “Episode IV: A New Hope.”

The number of times Steven Spielberg has been nominated for production.