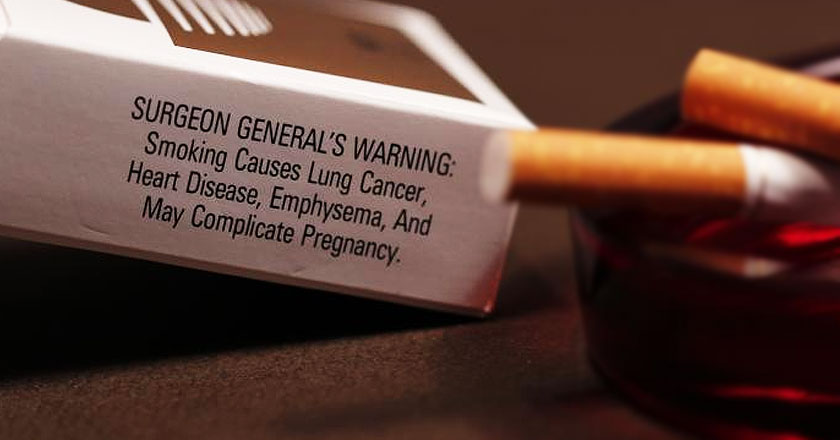 To control the existing and unfortunately, rising smoking habits and tobacco use in Pakistan, the Ministry of National Health Services, Regulations and Coordination has decided to enlarge the size of pictorial health warning of smoking on cigarette packs to 85%.

The decision for the new, doubled size of pictorial warning will be implemented from 30th March by all tobacco companies and it is expected that by the end of the month of May, all of the cigarette stocks will be sporting the new pack.

Saira Afzal Tarar, minister of National Health Services, Regulations and Coordination, claims that Pakistan is the third country to implement an 85% size for the pictorial warning, after Thailand and India.

Moreover, she said that a committee has been formed, with contribution from Federal Board of Revenue and World Health Organization, to ponder over new ways to control the drug usage including the increment of tobacco taxes and create Pakistan’s first ever drugs policy.

While the new national health policy will not be announced for another two months, the fight to control tobacco usage has been going on for over four years now. First thought of back in 2011, the ministry had started consulting on the provincial level in 2013 and finally announced the rule for enhanced pictorial warning this year.

With over 100,000 Pakistanis succumbing to death, due to tobacco related disease every year, Saira Tarar sees these steps as considerable steps forward to curb the extensive tobacco usage.

With the new size of the pictorial warning on the cigarette packs, Pakistan has carried out its duty under the terms of Article 11 of the Frame Work convention of Tobacco control and become an exemplary leader for other countries to follow suit.