Home Entertainment Celebrities 8 Things About Mawra Hocane You Must Know From the Starlet Herself!
Advertisement 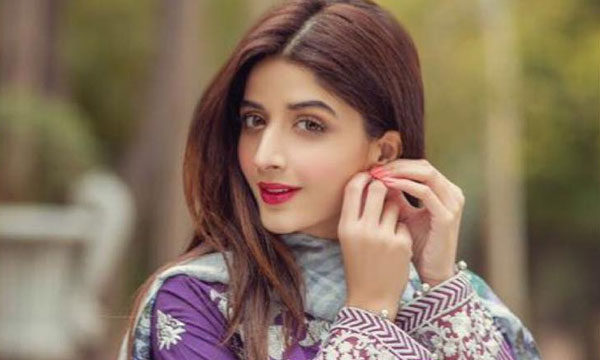 Currently, Mawra Hocane is starring as the lead in Hum TV drama “Sammi”. The drama talks about the horrid practice of ‘Vani’ that dishonors women to settle debts. Critics and fans alike are lauding the starlet’s performance and can’t wait to see more developments in her character!

It is a ritual for Hocane to celebrate #SammiSunday after every episode of the serial. Hence, the actress took to twitter to answer some questions from fans under the hashtag and we were bound to discover quite a few details of the actress.

Here are 8 things Mawra Hocane revealed in her Twitter Q&A.

When it comes to Ranbir Kapoor, he will always be her favorite.

Okay!So my love for Ranbir has got nothing to do with rating him as an actor!!! ❤❤❤ yeh ishq nahi aasan. He doesn’t fit any lists ✋🏻 https://t.co/liCisFvciV

There may be an upcoming movie in the pipeline

After the amount of surprises I got !!! Guess I'll surprise everyone ❤👊🏻 #SammiSunday https://t.co/3UAP1cxpHr

She revealed her favourite spot in India

She is studying to become a lawyer

Diploma in Law from UOL 👊🏻 Degree in process that too from UOL ❤ Barrister in making 👩🏻‍🎓 wishful thinking 🙃#SammiSunday https://t.co/mG586Kdp6P

But, at the end of the day, she will always choose to be an actor

I'd be in some profession wishing I was an actor !! So thank god for good luck ❤ #SammiSunday https://t.co/P5II43CpbM

After all this success, Mawra still gets the nervous jitters

I still get jitters when I go live . It's just that I know how to hide it all 😘❤ #SammiSunday https://t.co/mMrqJtXdwm

Mawra is still the girl-next-door she started as despite all the success and fame she’s received! More power to the shining star!