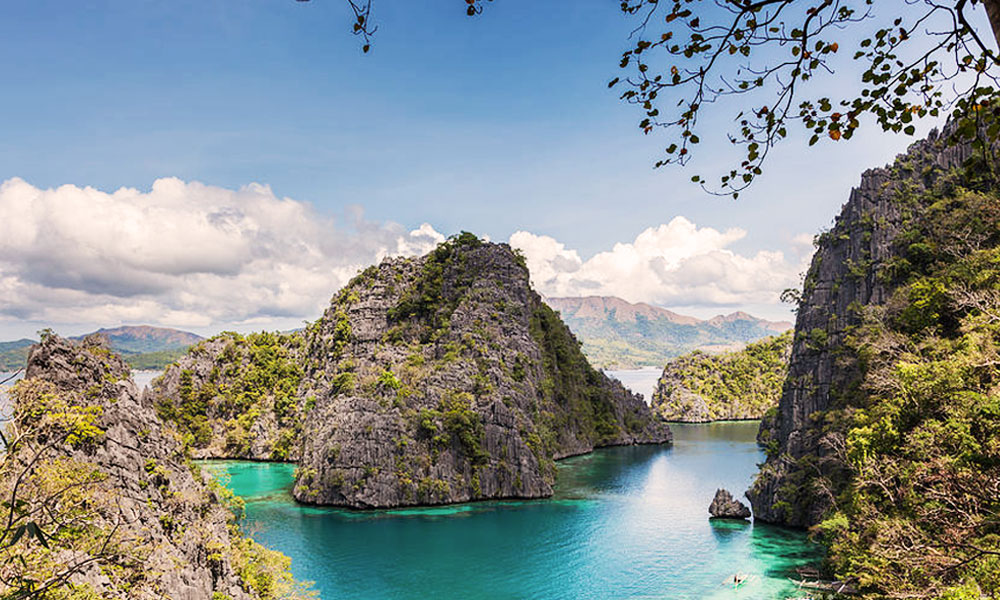 From the east of the Indian Ocean to the north of Alaska, a solar eclipse will plunge some parts of the world into darkness on March 9, 2016. Travelers looking for spots to enjoy the solar spectacle should head to Indonesia and the Pacific Islands for the best seats in the house. Here’s a look at some of the most stunning landscapes on the path of the eclipse, offering breathtaking scenery and excellent viewing potential for the phenomenon, which continues to fascinate.

Indonesia is one of the countries where the upcoming solar eclipse will be most visible. The island of Sumatra is right on track for a total eclipse at sunrise, making it a key destination for tourists making the trip especially to experience the phenomenon. The total eclipse is expected at around 7:20 am, but travelers will have to cross their fingers for good weather, as the season often brings clouds to the island’s skies. Palembang, the capital of South Sumatra, will no doubt see a large number of visitors looking to experience the unusual event.

Borneo’s orangutans will have front row seats when the moon passes in front of the sun on March 9. The island, which is divided between Malaysia, Indonesia, and Brunei, will be second in line to see skies go dark.

With its spectacular rainforests, Borneo is undeniably one of the most beautiful landscapes on the path of the eclipse. Wildlife includes monkeys, leopards, and rhinoceros, and the island is home to a wealth of plant life.

Situated 300km (approx. 186 miles) east of Borneo, Sulawesi — formerly known as Celebes — is an Indonesian island that’s less well known than its neighbors. Yet all eyes will be on the island on March 9, as the solar eclipse will last longer here than anywhere else in Indonesia.

In the center of Sulawesi, 98% of the sun will be covered by the moon. The island is expecting plenty of tourists heading its way to experience the eclipse and to enjoy its stunning marine life, as this is a great destination for snorkeling — particularly off the coast of Bunaken island.

After Indonesia, the Maluku Islands will have exactly one minute and 36 seconds to enjoy a total eclipse. Visitors will need to be ready and waiting for 9:54 am.

The North Maluku Province, including the island of Halmahera, is located right in the middle of the eclipse’s path. In spite of its proximity to Indonesian islands popular with travelers, this area currently remains unspoiled by mass tourism. Once known as The Spice Islands to colonial explorers, the archipelago was a rich source of nutmeg and cloves.

A partial solar eclipse will be visible from the north and west of Australia. Darwin, capital of the Northern Territory, will be one of the best-placed destinations for watching the phenomenon.

Visitors shouldn’t miss the stunning scenery of nearby Kakadu National Park. An area occupied by Aboriginal people for more than 50,000 years, the site is home to the largest variety of ecosystems on the Australian continent. The partial eclipse will be visible in the morning, from 9:08am until 11:36am.

7. The Federated States of Micronesia

After passing across the Indian Ocean, Southeast Asia and northern Australia, the eclipse will move on to the Pacific Ocean and up towards Alaska. The Federated States of Micronesia can be found right on that path. This archipelago is made up of four states and has a tropical, humid climate. The country is a great destination for divers, especially for exploring underwater wreckages dating back to the Second World War, when Japan set up a naval base there. The island of Woleai is considered the best location for taking in the eclipse over the whole of its path. Unfortunately, the atoll isn’t very easy to reach.

The 50th American state will be one of the final major destinations on the path of the solar eclipse. The capital, Honolulu, will be a prime spot for locals and tourists to enjoy the sight. Given the time difference, the eclipse will be seen here on March 8 rather than March 9, from 4:33pm to 6:33pm.

Don’t forget to use special protective glasses when watching the eclipse. Looking directly at the sun can cause permanent damage to the eyes.