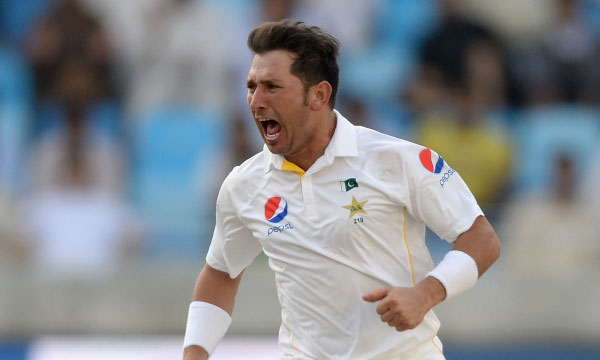 The new cricket spin-sensation, Yasir Shah has been making quite an impression in the headlines. He made an amazing comeback to the national team at Lord’s while facing England, taking 10-wickets to add to his name. His out-stunning performance helped Pakistan claim victory after 20-years in the battleground.

Here are some more interesting facts about the spin-talent which has the world talking:

1. Yasir Shah waited for 9 Years Before His International Debut

Yasir Shah made his first-class debut in 2002, nearly taking a decade for him to make his first international debut for the national team. He has played for teams including Khyber-Pakhtunkhwa Province, Sui Northern Gas Pipelines Limited, Abbottabad Falcons, Pakistan Customs and now, Pakistan. Yasir Shah is cousins with both Junaid Khan, another name from the national team, and the Australian cricketer, Fawad Ahmed. During his tour to Sri Lanka in 2015, he became the fastest Pakistani to take 50 Test wickets, setting a historic record. It took him 9 matches to claim the title, whereas the overall record for the fastest 50 Test wickets belongs to Charles Turner who claimed the title in 6 matches. On Sunday, 16th October, Yasir Shah became the quickest Asian to secure 100 Test wickets. He took 100 wickets in 17 Test matches, leaving behind India’s Ravichandran Ashwin. Because of his fantastic play, Pakistan was able to successfully win the Test match against West Indies, continuing their whitewash. Yasir dethroned James Anderson in ICC rankings to the first leg-spinner to rank at no.1 in 11-years, after his mesmerizing performance against England at Lord’s. Yasir took all 10-wickets in the ground, setting new and the best figures ever.