Home World 7 Strange Jobs That Do Not Exist Anymore
Advertisement 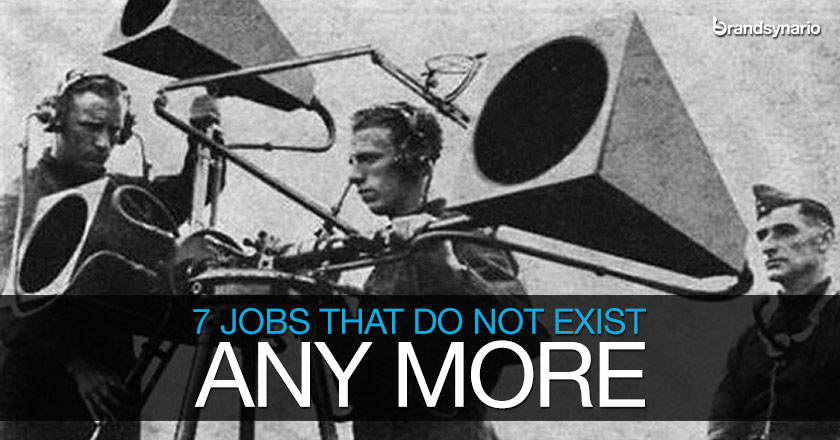 What’s common between the following – cassettes, paid email accounts, floppy disks, VCRs, paid phonebooks, and encyclopedias? Well, they all belong to the era when there existed even funnier jobs.

It’s quite a fact that technology has made life easier and convenient. Historically, Greeks used technology for the sheer beautification of their artifacts and relics.

Nevertheless as time passed by, technology amalgamated with science and changed the world as our ancestors knew it.

Well, honestly this world used to be a weird and funny place before technology played its part in automating everything. Most of us who belong to the generation of mid 90’s didn’t get to know how technology smashed the fun element out of everything that exists, even jobs.

For instance, could you imagine there was a time people were employed as alarm clocks!

Well, here are a few strange jobs that technology took away from us, the world. Knocker upper, simply put were human alarm clocks, much like our ‘sehri jagane wala’. Their job was to wake their customers up and for that reason the used truncheons and pea shooters In good old days, when radars didn’t exist, people used to serve as human radars. These human radars were employed to detect an approaching plane and for this purpose they used to wear gigantic head gears, as hearing aids. If only they still existed…! People in Europe used to hire men to hunt down rats in order to prevent the spread of diseases. Certain facts prevail that it wasn’t a safe job as many of them would catch diseases and suffer from rat bites Before the invention of modern street lights with electric bulbs, lamplighters were hired. These lamp lighters would go around lighting or snuffing street lights. Pakistan still needs men like these, as there is neither street lights nor electricity to light them. Lectors were kind of comedians hired by organizations to entertain factory workers so that the monotony of work wouldn’t bore them to death. Resurrectionists were people who used to dig graves and snatch bodies. These men used to dig out freshly buried bodies to sell them to medical universities to be used as cadavers Heard of child labor..? here comes the craziest form of it. There was a time in history, middle age teenagers were employed as bowling pin settlers. They were used for setting pins after the bowl rolled down the aisle and knocked the pins down Before the telecom sector revolutionized and came up with automatic switching of calls, there used to be switchboard operators, who played a vital part in connecting calls.