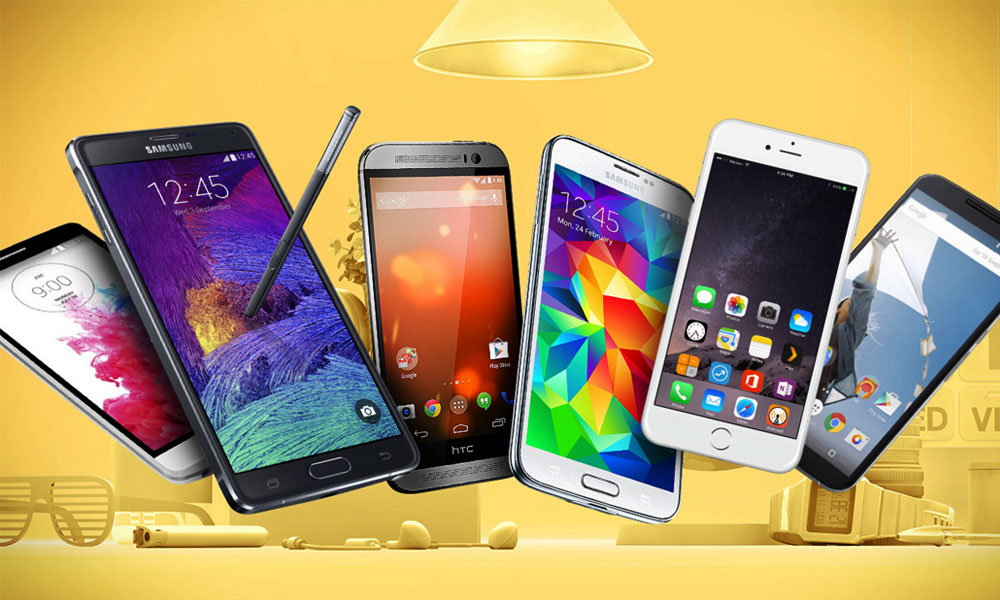 Technology has brought immense changes over the last decade. It first started with incredible feature phones like Nokia 3310, which eventually started to receive small upgrades like Radio, games, and more. Eventually SD slot was added on, the phone was equipped with a camera.

Soon, the world came across Motorola Razr, a phone that every kid dreamed of owing! One after the other, each company came up with iconic flagships, Apple started its iPhone, Nokia started Lumia, and so on. Fast Forwarding to 2017, we have Smartphones which store our entires lives within.

From our contacts, to applications that keep us connected with the entire world, something new is coming everyday. Similarly, there are 7 fabulous Smartphones that have an incredible internal memory of 256GB! The iPhone 7 flaunts a 4.7-inches IPS LCD capacitive touch display having a resolution of 750 x 1334 pixels and offers a pixel density of 326ppi. On the storage end, it is available in three variants, 32GB/128GB/256GB.

It is powered by its A10 Fusion processor and it runs on latest iOS 10.0.1, upgradable to iOS 10.0.2. On the photography department, the Apple mobile phone houses a 12MP rear camera with a f/1.8 aperture, Phase Detection Autofocus (PDAF), OIS, and quad-LED (dual tone) flash. It also boasts a 7MP front facing camera with face detection, HDR, and Panorama. Apple removed a 3.5mm audio jack for giving it a slim look and a royal feel. Instead of an audio jack, it is enabled with a lightning port connector. Dimensionally, the iPhone 7 Plus gauges a 158.2 x 77.9 x 7.3 mm and weighs 188 grammes. It is the best 256GB internal memory Smartphone.

It features a 6-inch FHD IPS Super AMOLED capacitive touchscreen display having a resolution of 2560 x 1440 pixels. It offers a pixel density of 491-ppi and is protected by a latest Corning Gorilla Glass 5.

The phone runs on Android 7.0 base Nougat OS, is equipped with a 16MP rear camera with a dual tone LED flash module along with a 5MP front-facing camera with LED flashlight. The mobile phone falls in the category of best Android mobile with 256GB storage. The handset maker launched the smartphone with 256GB internal storage for those who possibly keeps their data into their pocket. Concerning, the Asus Z1 specifications and features, it features a 5.5-inches display having a resolution of 2560 x 1440 pixels. It offers a pixel density of 534-ppi for delivering a sharp and better display.

For the power, the new Asus Z1 Titan is equipped with a Qualcomm Snapdragon 830 processor and runs on Android 7.0 Nougat operating system. It is backed by a 3500mAh battery blessed with a Boost Master Quick Charging Technology. It can be rated to deliver 450 hours of a standby time, up to 12 hours of talk time. The Mate 9 is expected to launch in November 2016. It features more prominent 5.9-inches FHD IPS capacitive display with a pixel density of 373-ppi. It has a multi-touch support of up to 10 fingers. On the software front, the device is expected to run on latest Android 7.0 Nougat operating system with its own skinned Emotion UI out of the box. The ZTE Nubia X8 is the best offering of Chinese manufacturing phone with 256GB internal storage. The Android cell phone features a bigger 6.4-inches display having a resolution of 1080 x 1920 pixels. It is powered by a Quad-core Qualcomm Snapdragon 823 processor coupled with 6GB of RAM. The Asus Zenfone 3 Deluxe flaunts a 5.7-inches FHD IPS Super AMOLED display having a resolution of 1080 x 1920 pixels. It offers a pixel density of 387-ppi. The handset features a rounded edges Aluminium metal body. It is blessed with a dual 5-magnet speaker and Sony Master 3.0 technology.