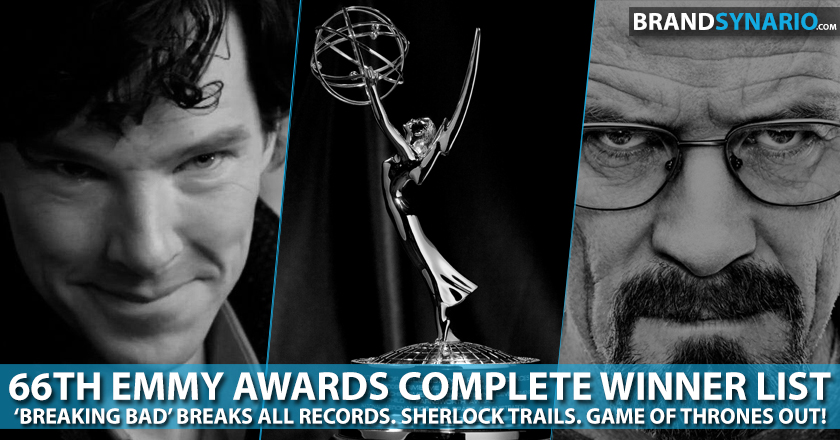 The awards were aired on NBC through live transmission and were hosted by late night host and Comedian Seth Meyers, for the very first time.

During the show, Billy Crystal paid a tribute to Legendary Robin Williams, whereas most of the nominees were parodied by “Weird Al” Yankovic.

As for the winners; the show was all in all stolen by Breaking Bad, winning 5 trophies in the category of best drama, best lead actor, best drama writer along with best actor and actress in supporting roles.

Sherlock on the other hand won three trophies. On the comedy side, Modern Family was named best series and also won best actor for Ty Burrell and best directing for Gail Mancuso.

A complete list of winners can be found below, have a look:

Lead Actress in a Drama – Julianna Margulies, The Good Wife .

Lead Actor in a Miniseries or Movie – Benedict Cumberbatch, Sherlock.

Supporting Actor in a Miniseries or Movie – Martin Freeman, Sherlock.

Writing for a Miniseries, Movie or a Dramatic Special – Sherlock: His Last Vow, Steven Moffat (writer).

Writing for a Comedy Series – Louie, “So Did The Fat Lady,” Louis C.K. (writer).