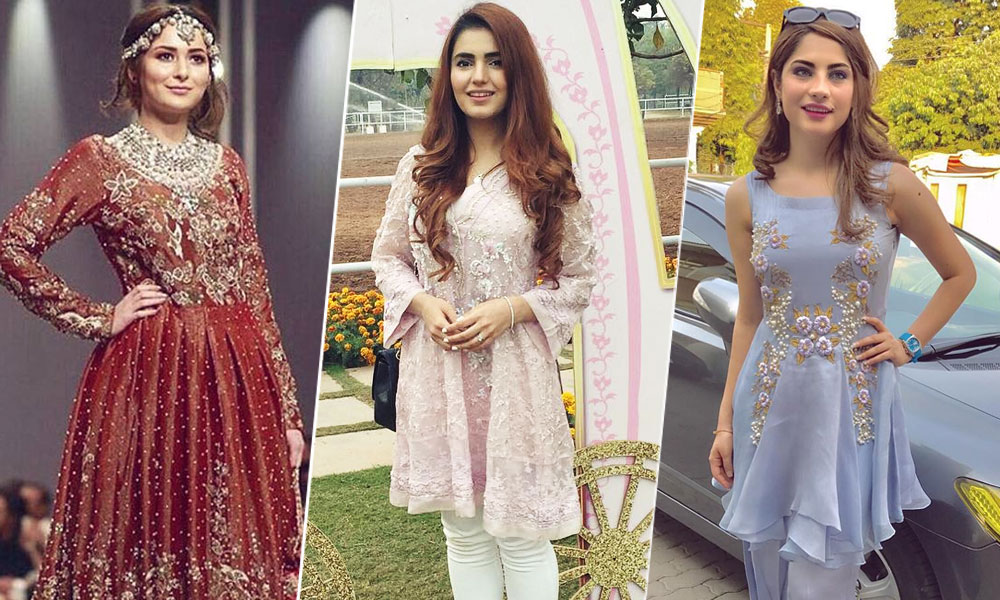 Pakistan’s entertainment industry is surely brimming with talent. The star-studded industry has seen some very amazing female artists and there are some new entrants in the market who are all set to take showbiz by storm.

Wondering who will be the next Saba Qamar or Mahira Khan?

We have compiled a list of 6 most promising starlets of the nation.  Check out this crop of up-and-comers who are gorgeous and talented enough to become Pakistan’s ultimate icons.

Have a look at these stunning ladies!

Top Celebrity Weddings of the Year 2016

The singing sensation, Momina Mustehsan made waves with her “Afreen Afreen” performance in Coke Studio 9, alongside Rahat Fateh Ali Khan. She captured everyone’s hearts in no time and also has quite a taste in style and fashion.

My third and final song at #CokeStudio9! It's by far my favorite and I sang my heart out! I'm very excited to share this with everyone this Friday in #Episode6! Produced by @shujahaiderofficial, featuring @asimazhar 👗 @nomiansari

The 24-year talented singer is not only talented and beautiful, but also holds a degree in engineering! That’s right, she’s the complete package guys! The singer is currently pursuing her career in music.

One of the emerging talents in the film industry, Hania Amir made her debut in Janaan, alongside co-stars Armeena Khan, Ali Rehman Khan, Bilal Ashraf, Mishi Khan and more.

The vibrant and cute actress effortlessly charmed her way across the screen to the audience’s hearts . The bubbly beauty is presently working in an upcoming drama serial, coming soon on Urdu1.

Combining fashion and beauty, Neha made her career by modeling for famous brands such as Toni & Guy, Alkaram, Gul Ahmed, Iqra Chaudhry and more.

The model is not only beautiful and naturally photogenic, she is also a rising actress. She can be currently seen alongside Uzair Jaswal in her drama serial Moray Saiyaan on ARY Digital.

Married to the famous lead guitarist and co-founder of ‘Jal The Band’, Gohar; Anam made her debut on Veet miss supermodel. She then rose to stardom and model for brands such as Gul Ahmed, She Magazine, Bina Sultan, Tariq Amin, Libas Magazine, and rocked the ramp of Islamabad Fashion Week 2013.

Gohar and Anam, being the most sought after couple in the media, are now starring together in the upcoming Pakistani drama serial Kathputli on Humtv.

Another singer in the list, Baig not only boasts a melodious voice but is also doing a comedy talk show called Mazaaq Raat on Dunya news.

We are in love with Baig’s good looks, sense of humor and chic style. The singer avidly performs in concerts and recently did the soundtrack for the Saba Qamar’s movie, Lahore Se aagey.

This actress needs no introduction! From time and time again, we see Neelum Munir in various Pakistani dramas playing different characters and gaining popularity amongst the audience.

She will be soon seen in the upcoming film Chupan Chupai with Ahsan Khan and also walked the ramp on FPW 2016.

Did we miss out your favorite celebrity and fashion diva? Let us know in the comments below!