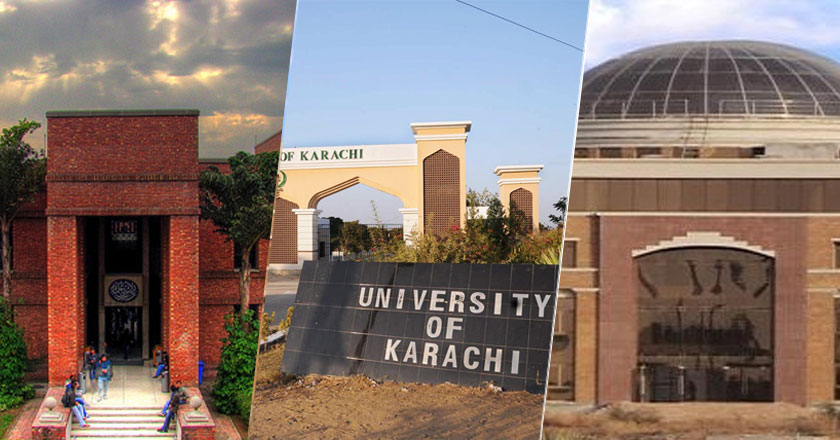 MIT (Massachusetts Institute of Technology) remains the best university in the world for the 5th consecutive year. The rankings this year have stretched from 800 universities to 916. The National University of Sciences and Technology, commonly known as NUST holds the same position as it did last year, ranking at 501. The main campus is situated in Islamabad whereas branches of the university are spread in several cities across Pakistan.

LUMS continued to maintain its ranking in the 701+ band. LUMS is an independent university founded in 1984. In 1994 it inaugurated an undergraduate school, and in 2008 it launched an engineering school. As of 2016, it facilitates over 3,500 graduate and undergraduate students and a staff of 200.

UET continues to fall under the 701+ band, which it followed since 2015. UET was established in 1921, it now offers 7 science facilities and 24 research departments.

Also known as Karachi University, KU also falls under the 701+ band. The university was established in 1951 and is one of the oldest universities in the country.

Commonly known as Lahore Univeristy, like KU, UET, and LUMS, it also follows the last year’s rank of 701+. The university was established in 1999 as a collegiate getting the status of a university in 2002.

QS rankings help students make comparisons and take important decisions for choosing the right university for further studies. These rankings are based on 6 performance indicators, which is used in 4 research areas: Research, Teaching, Employment, and Internationalization.