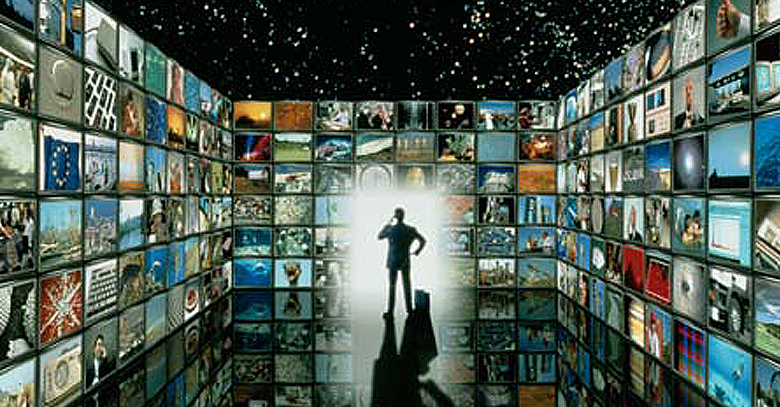 Do you think different Television channels have different opinions? Or different credibility ratios, per say? Or, even different owners?

The answer for all of these questions might just surprise you. Do you know that in 1983 90% of all the American media was owned by more than 50 independent companies? Do you also know that twenty-eight year down the road, the same number of 90% media belonged to only 6 companies?

This substantiates the long discussed urban legend known as the ‘Illusion of freedom’.

“The most effective system of slavery is where the slaves remain eluded with the realization of being enslaved’, no realization – no fight for Freedom.”

The postmodern civilization has seen different evolutionary stages of media. Initially it was print media which evolved into word of mouth, then sonic media in terms of radio, than came television only to be followed by Internet – thus media became the ‘Eyes and Ears’ of people, soon overcoming their perception of the world and if truth be told, reality itself.

Media thus became as the singular core source of perpetual slavery, slavery of the human mind.

News Corp is an American-Australian media property with more than 48,000 employees, the media giant is also divided in 21st Century Fox along with owning FOX, WALL Street Journal and New York Post.

Lastly CBS owns Showtime, Smithsonian Channel, NFL.com, Jeopardy and 60 minutes. All of these media properties are renowned existences established to be different from one another.

Little do people realize how the ‘Diverse’ array of media channels, network and stations bottle necks in the end. The monopoly stays with the corporations, be it Governments, Politicians or as proven FREE and INDEPENDENT MEDIA.