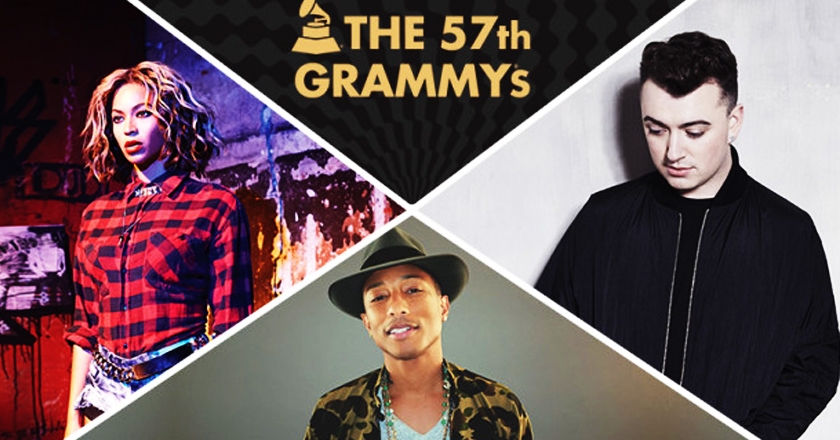 Held at the Staples Center, Los Angeles, the 57th Annual Grammys’ Awards were, as expected, a glamorous affair.

Hosted by the hip hop maestro LL Cool J, for the fourth consecutive year, the award show recognized 13 major musical legends for their outstanding work in the previous year.

English singer and songwriter, Sam Smith, stole the biggest music awards show ever, Grammys 2015, last night in LA, bagging 4 awards including Song of the Year and Record for the Year for his hit song “Stay with Me”, Best New Artist and Best Pop Vocal Album.

Pharrell, on the other hand, marked his name with Best Pop Solo Performance for his song “Happy” and Beyonce won for her performance in Drunken in Love, what became one of the biggest songs last year, featuring Jay Z.

Best Country Solo Performance – Carrie Underwood – “Something In The Water”

And Katy Perry’s dedication to a domestic violence survivor.

While the event was quite solemn with subdued performances, Kim’s very own Kanye West did make sure he made an appearance at the stage for a laugh.

While Paris Hilton appeared as glamorous as ever

Others simply enjoyed the show…

And, owning it while they did it

Taylor Swift, not winning an award, promoted herself

And danced to others’ performances

Some expressed their affection for their special someone’s

And the music power couple had a moment

Beyonce gave the show its grand finale, with her performance on Take my Hand Precious Lord. , looking ethereal in white