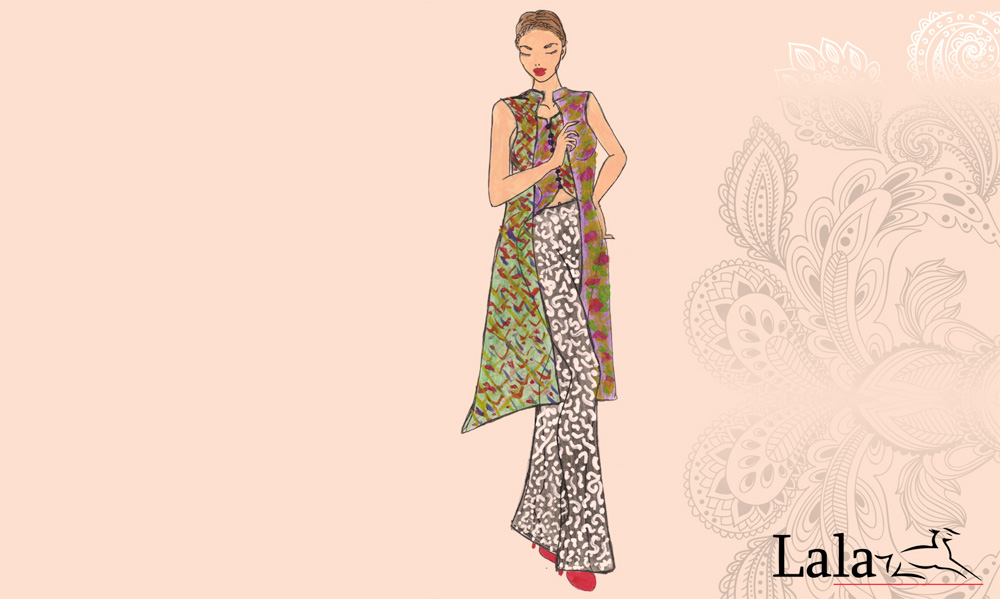 Indeed, LALA’s participation is in direct support of LALA’s CSR initiative #LALAlightsuplives where the brand collaborations such as ‘Lifestyle Pakistan in India’ in 2014, an initiative to support Orphan girls. The Gul Mohar Collection as the name suggests takes its inspiration from flowers and floral patterns and makes use of a variety of finest fabrics such as Silks, Wools, Marina, Jamawar and Cotton sand with embroideries, cutworks and embellishments. The collection itself will encompass an amalgamation of 90’s era style flowing towards the traditional settings that incorporates elements of culture and traditions with eastern and western cuts.

The collection pays homage to the cause by supporting the idea that blindness doesn’t confine the imagination and creativity of an individual instead it encourages them to excel in various forms.