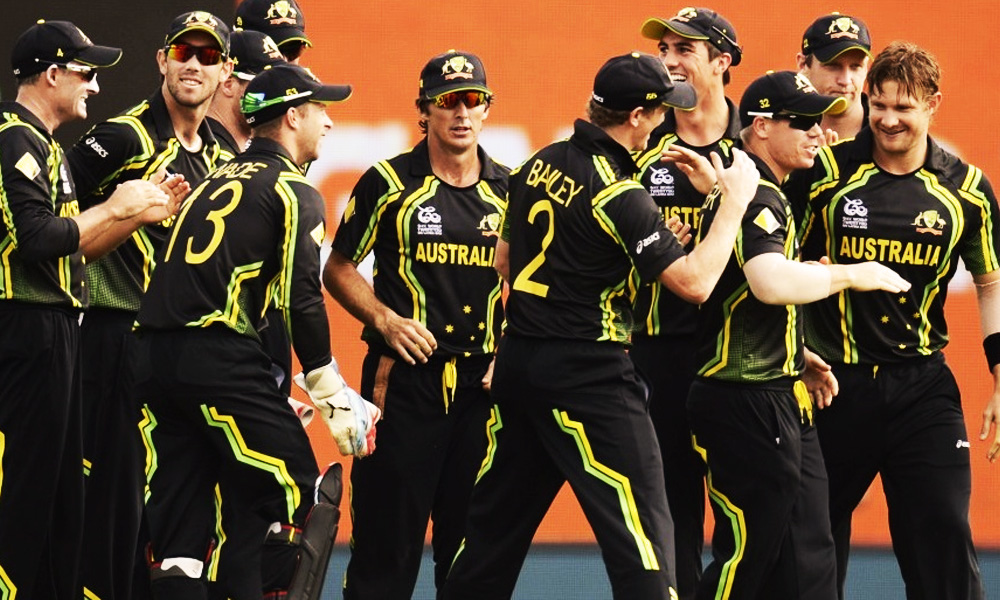 The group stages of cricket‘s World Twenty20 have reached the half-way mark with every team having played two of their four matches. AFP looks at the lessons learned so far:

World champions in ODI cricket and number one in Tests, the Australians arrived in India determined to fill the one major gap in their trophy cabinet. But after defeat to New Zealand in their opener followed by a scrappy win over Bangladesh, skipper Steve Smith admits his youthful side are struggling to adapt to different conditions and “we’ve got to improve”. The experiment of dropping David Warner down the order from his usual position as the opener has not paid off with the vice captain making just six and 17 in his two innings. The decision to leave Aaron Finch, the top-ranked batsman in T20s, on the sidelines looks increasingly misguided.

2. Never write off the Black Caps

After their talisman Brendon McCullum retired on the eve of the tournament, this was meant to be a period of transition for New Zealand. In both their matches against India and Australia, most pundits saw their batting totals as some way short of being winning scores.

But marshalled by astute new skipper Kane Williamson, their bowlers held their nerve and skittled out their opponents’ illustrious top-orders cheaply.

Rookie spinner Mitchell Santner tops the wickets chart and no one has managed to post a half-century against them. Most of New Zealand’s own batsman have made a start without going on to compile a big innings. If they can put that right, the Black Caps look a decent bet to win their first world cup.

England has long struggled in cricket‘s shortest form due to an inability to score runs — not anymore. Captain Eoin Morgan promised a new, “brash and aggressive” England and they lived up to that billing in a thrilling win over South Africa when they pulled off the highest successful run chase by any team at aWorld T20. Their 230 for 8 with two balls to spare was also England’s record total. Morgan will fancy his side’s chances of posting big scores in their two remaining group matches against Afghanistan and a struggling Sri Lanka. If they do, then a semi-final berth may be theirs which would be a massive achievement after defeat to the West Indies in their opening game.

4. Hard times ahead for Sri Lanka

It was known that defending champions Sri Lanka might struggle with the bat after the retirements of Kumar Sangakkara and Mahela Jayawardene. But pace spearhead Lasith Malinga’s injury withdrawal and Rangana Herath’s lack of bite mean the holders lack obvious match-winners ahead of their tougher assignments against England and South Africa. Herath was one of the stand-outs in the 2014 triumph, taking five for three in the semi-final against New Zealand. But he went wicketless in Sunday’s defeat against the West Indies where he was outbowled by team-mate Jeffrey Vandersay, a late replacement for Malinga. Tillakaratne Dilshan did smack 83 against Afghanistan but no one else has passed 40 and the 39-year-old is hardly one for the future.

Indian wickets are famous for being happy hunting grounds for spin bowlers and that’s certainly been the case at the World T20. Slowarmers are commanding the top positions in the bowling tables while even at Mumbai’s Wankhede Stadium, a flatter ground known to favour pacemen, fast bowlers are finding life difficult. New Zealand spinners Mitchell Santner, Ish Sodhi and Nathan McCullum all feature in the top 10 most economical bowlers at the tournament. Santner’s figures of 4-11 against India were a resounding vindication of the Black Caps decision to leave pacemen Trent Boult and Tim Southee on the bench. Even South Africa’s lightning quick Dale Steyn has looked a sorry sight, conceding 35 runs in just two overs against England before being taken off.