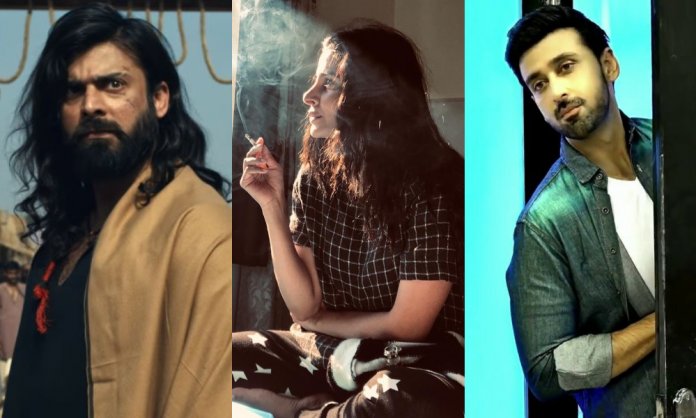 Film pundits have eagerly counted almost 36 films that should release in 2020 but realistically speaking, knowing how the industry operates, the actual number may be much less.

Since Eid-ul-Fitr is just around the corner, we’re eagerly looking forward to all the releases that will keep you on the edge (fingers crossed)

Here’s the list of movies that tentatively grace the screen this Eid.

Perhaps the most long-awaited, predicted and biggest movie of the year, The Legend of Maula Jatt pledges to sweep all rivalry out of the way, whenever it releases.

A satirical comedy, Money Back Guarantee marks the retrieval of megastar Fawad Khan to Pakistan’s big screen (minus the cameos) for the first time since Khuda Kay Liye.

Sarmad Khoosat’s next movie of the year will be Kamli, starring three of his Manto co-stars – Saba Qamar, Sania Saeed and Nimra Bucha – along with Eman Shahid (who has already worked with Sarmad in some plays)

Produced by Adnan Siddiqui’s Cereal Entertainment, Dum Mastam will bring Imran Ashraf to the big screen, for the first time, who’s a romantic hero. The movie consists of an interesting mix of people, which makes the movie something to be eager about.

Lafangey is a horror-comedy and according to Sami Khan, who shared that the movie encompasses the trip of four people as they withstand their fears and acknowledge their true capabilities.

So, which of the above movies are you all geared up to watch?