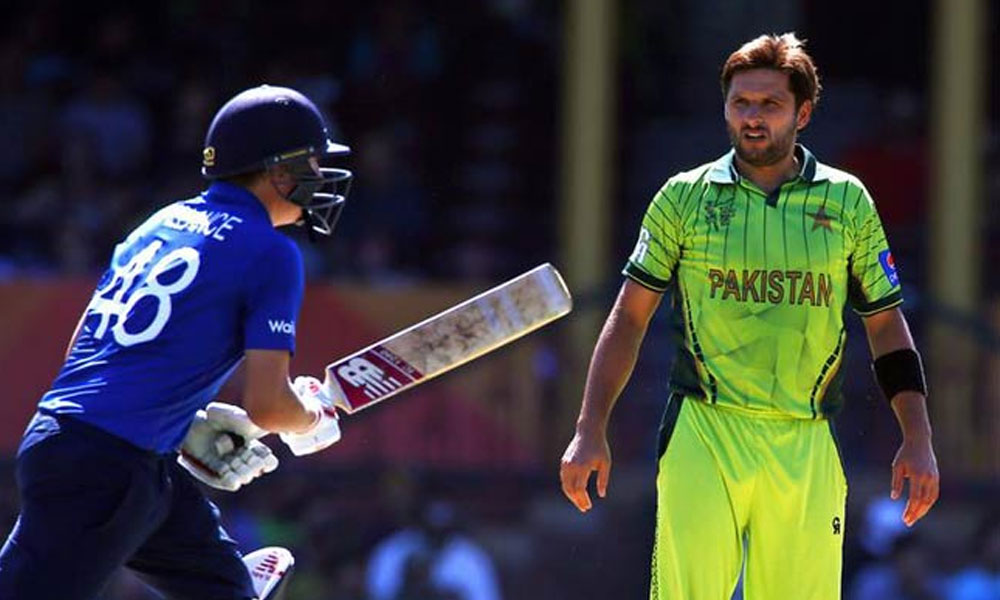 Cricket matches between England and Pakistan have often been a fraught affair, with rows over umpiring, ball-tampering, abandoned fixtures and a spot-fixing row all contributing to a tense relationship which is set to be renewed when the teams meet for the first Test at Lord’s on Thursday.

Below AFP Sport looks back at five of the biggest rows:

1956: Idris Baig and the bucket of water

Idris Baig, a Pakistani umpire, was “kidnapped” by England players, taken to the team hotel in Peshawar and doused with two buckets of water.

As captain of the touring MCC side, the late Donald Carr dismissed the incident as a prank after some questionable decisions against MCC.

What was intended as a joke has often been cited as the root cause of many subsequent England-Pakistan rows.

The Faisalabad Test of 1987 became infamous for perhaps the most heated of all on-field arguments when Pakistani umpire Shakoor Rana accused England captain Mike Gatting of illegally moving a fielder late on the second day.

Gatting, who was adamant he had done nothing wrong, responded to being a called a “cheat” by Rana by confronting the square-leg umpire and the two men were soon pointing fingers at each other’s chests.

Rana refused to stand on the third day, meaning there was no play, but after a rest day and shortly ahead of the fourth day’s play, Gatting presented the umpire with a scribbled apology.

Reverse swing was still a relatively new concept in English cricket at this time but it was used to great effect by touring Pakistani pacemen Wasim Akram and Waqar Younis.

But their success, which the England bowlers couldn’t match, attracted suspicions of illegal ball-tampering and matters came to a head during a one-day international at Lord’s.

Bad weather meant the game went into a second day when a trio of English officials — on-field umpires Ken Palmer and John Hampshire together with third umpire Don Oslear — ordered the ball be changed under Law 42, which deals with the condition of the ball.

Administrators, horrified by a possible scandal, refused to announce publicly why the ball had been changed — something that angered Pakistan, who then had to confront numerous allegations.

England were bystanders as Pakistan became the first team in 129 years and 1,814 fixtures to forfeit a Test match.

The incident began on the fourth afternoon at The Oval when experienced Australian umpire Darrell Hair tapped his shoulder to indicate five penalty runs, signalling he had found the Pakistanis guilty of ball-tampering.

The angry tourists refused to take the field after tea and Hair, together with West Indian umpire Billy Doctrove took that to mean they had forfeited the match which, after hours of confusion, was awarded to England.

This match marked the beginning of the end of Hair’s time as a top umpire after it later emerged he had offered to resign in exchange for $500,000.

Pakistan’s tour was already mired in controversy following the spot-fixing scandal in that year’s Lord’s Test and when the teams returned to the “home ofcricket” for a one-day international, England batsman Jonathan Trott and Pakistan paceman Wahab Riaz had to be separated in the nets after exchanging angry words.