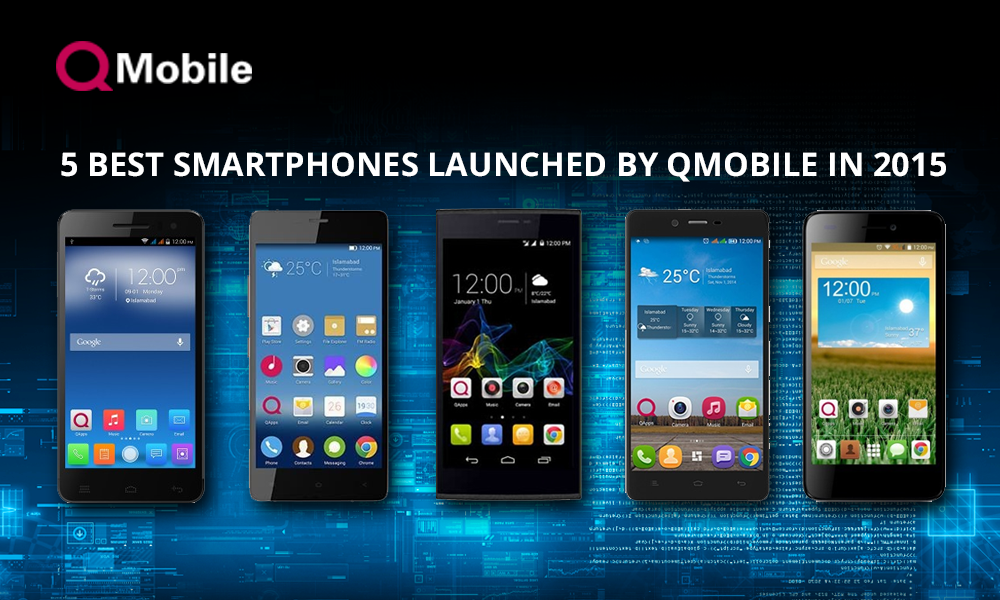 Since its official launch in Pakistan, QMobile has undoubtedly stepped up its game at a remarkably high rate.

In the year 2015 alone it has introduced approximately 10 new models for different groups of people.

Amongst an impressive collection of phones, we have short-listed the top 5 smartphones introduced by QMobile in 2015. It is a dual-sim phone which comes with the Android Jelly Bean operating system. It has a 5-inch screen that successfully supports multi-touch. Powered by an octa-core and being equipped with a 2 GB RAM makes for an excellent user experience.The primary camera is ranked at an impressive 13 MP whereas the secondary camera is ranked at 5 MP. With the help of a memory card the memory can be expanded from 16 GB to 32 GB. It is known to be the world’s slimmest phone with a thickness of only 5.1 mm. It boasts 4.7 inches Super AMOLED Display and comes with two cameras. The primary camera is of 8 MP while the secondary camera is of 5 MP. It runs on octa core and has a 1 GB RAM, both of which ensure that the phone operates without any glitches. It has a 5.5 inches HD display along with a built-in memory of 16 GB. It functions with the help of a quad core and a 2 GB RAM which ensures that the phone can run multiple applications without getting stuck or heating up. It has a 13 MP camera at the rear while a 5 MP camera at the front. It comes with a built-in memory of 8GB and runs on a RAM of 1 GB. It has a strong quad-core processor and comes with the Android Kit Kat operating system installed in it. The rear camera is of 8 MP while the front camera is of 2 MP. It supports a 5 inches display that has a pixel density of 294 ppi. The combination of 1.3 GHz Octa-core with a 1 GB RAM ascertains that the Android Kit Kat system runs flawlessly. With a display size of 4.7 inches and a pixel density of 294 ppi it allows users to have a remarkable interface experience. It has a built-in memory of 8 GB that can be upgraded to 32 GB using a memory card.