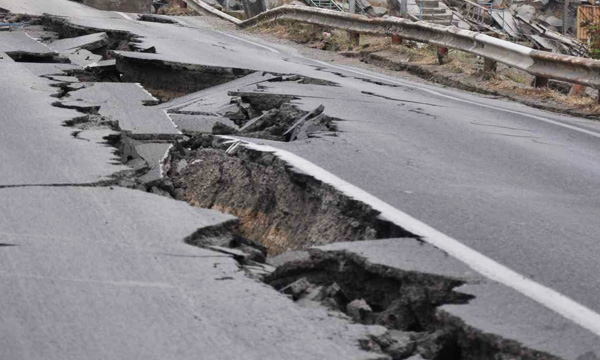 An earthquake quivered northern part of Pakistan early in the morning today, spreading panic and fear amongst the masses. The earthquake measuring a 5.5 on the Richter Scale, although some sources claim it to be 5.6, had its epicentre from the Himalayan mountain range.

The tremors were felt in Peshawar, Malakand, Swat, Upper and Lower Dir, Murree, Gilgit, Abbottabad, Nowshera, Haripur, Hazara, Lahore and the federal capital among other parts of the country where residents abandoned homes and buildings out of fear and safety.

The depth of the earthquake recorded was 189.5 kilometres. No casualty or damages, however, reported from any part of the country. The earthquake tremors were also felt in the border areas of Afghanistan.

Here are some of the tweets depicting the terror people faced due to the earthquake:

#earthquake in #islamabad. can still feel it. #Pakistan

A 5.7 magnitude earthquake in Islamabad & nearby places at sehri time. May Allah help us and forgive us (Ameen)

People Tweeting that the #Earthquake is because of the whole supporting gay marriages thing. I just can’t.

#earthquake in Kashmir too, Muzaffarabad.

It was scary #earthquake

But Here in Swat & Buner it felt with a very heavy buzzing sound. When #Earthquake stops the buzzing also stops. Ya Allah Rehem

That was one massive jolt of an earthquake in Peshawar. #Pakistan