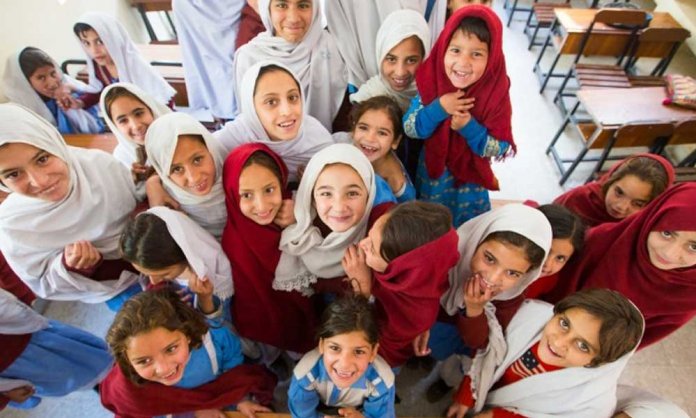 New research from the digital money transfer service WorldRemit shows hundreds of thousands of Pakistani children are in school, have access to books and educational supplies, and are more likely to study and less likely to work due to international remittances.

Pakistan is one of the top 10 remittance recipients worldwide and received $21 billion in remittances in 2018.

These findings were calculated using data from UNESCO, the World Bank, and Pakistan’s latest national household survey. Approximately 220 million children in low and middle-income countries are not in school around the world. Of these, 19 million live in Pakistan, one of the highest numbers of out-of-school of children in the world.

UNESCO education statistics show that there are 220 million children out of school in lower and lower-middle income countries (LIC/LMIC).

Household surveys took place in Nigeria, Uganda, Tanzania, and Pakistan, and it was calculated that an average of 4% of school-age children in these countries live in families which receive remittances.

Applied to all low-income/low middle-income countries, this proportion is equivalent to 9 million children. 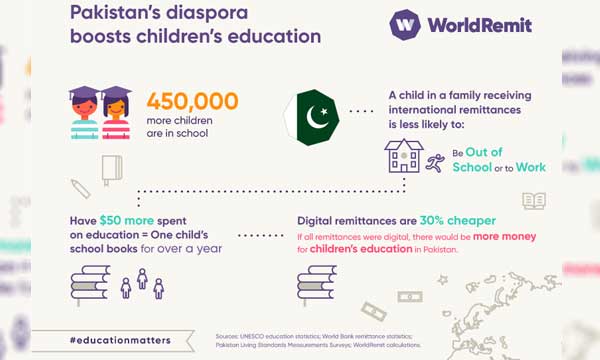 WorldRemit also calculates that globally, if traditional, cash-based money transfers were replaced by lower-cost digital alternatives, an additional $825 million would be unlocked for families to spend on children’s education.

Savings from “going digital” could pay for the equivalent of 20 million school uniforms, 30 million school books and 16 million sets of school supplies for children in low and middle-income countries.

As millions of children in Pakistan go back to school this term, our research is a timely reminder that the contributions of the diaspora are vital to the education of 450,000 children across the country. Switching to digital remittances would help maximise that even further.

With global remittances predicted to rise in 2019, this means even more children are set to benefit.

WorldRemit is one of the leading digital money transfer companies for the Pakistani diaspora. Customer surveys reveal that education is one of the top priorities for Pakistanis living abroad, with many saying they support the schooling of children back home.

WorldRemit customers complete 1.3 million transfers every month from over 50 countries to over 145 destinations.

Visit the WorldRemit website for more information on how to send money to Pakistan with just a few taps on your phone. We have also created a micro-site for readers to find out more about the research WorldRemit has conducted around the impact of remittances on education.