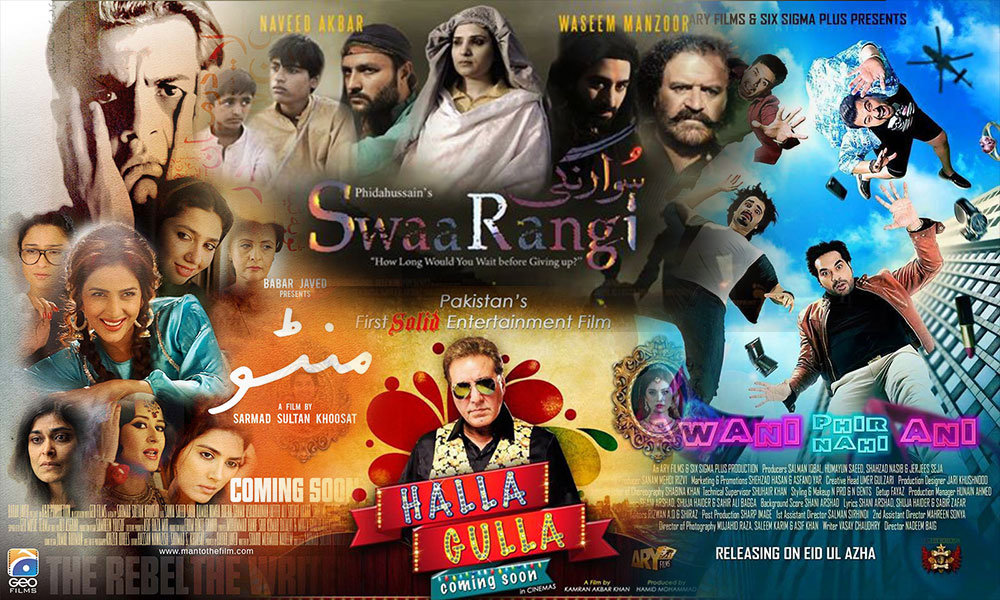 If you were amazed by the romantic Bin Roye, the hilarious Wrong No. and the tragic Moor in past couple of months, be prepared for even a better cinematic experience, packed with entertainment this September.

Pakistani cinema has well and truly revived. With filmmakers releasing one hit after the other, there remains no doubt that the nation’s movie industry has an extremely successful future ahead.

Check the complete list of movies along with their trailers and release dates, lined up for September 2015.

The movie is based on the last seven years of the legendary writer, Saadat Hassan Ali Manto during which he had to face charges of obscenity for writing controversial novels.

Marking the comeback of Resham after a period of 7 years, Swaarangi is a reality-based heart breaker that has been developed to expose the how the vile issue of poverty and drug addiction destroys homes and tears families apart.

The rom-com revolves around three miserable married friends plan a getaway from their dominating wives with their bachelor buddy, only to fall into a series of further mishaps.

The story revolves around the families of two Dons and the ensuing hilarious schemes to take down each other.

With Manto and Swaarangi all set for a clash on 11th September along with Jawani Phir Nahi Ani and Halla Gulla releasing together on Eid-Ul-Adha, let’s see who is successful in ruling the cinemas and seizing box-office gold this time around.