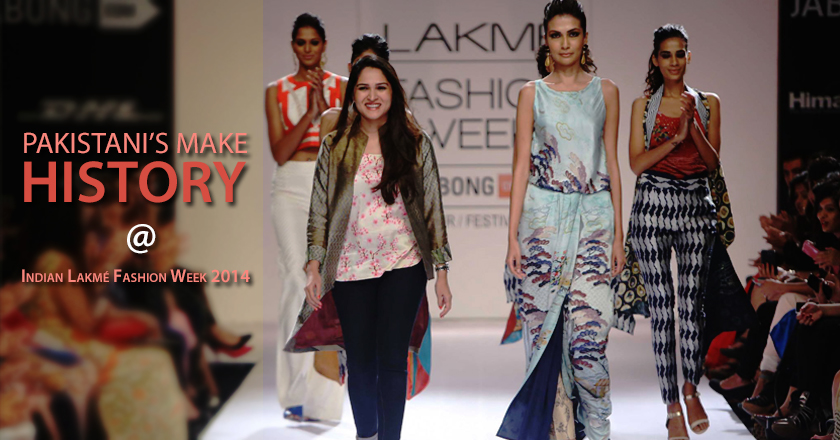 Each of these designers introduced a new theme with Saniya Maskatia introducing a Japanese inspired theme ‘Sakura’ representing beauty and fragility. Have a look at the designs shared at LFW 2014 India right here:

Saniya Maskatia much excited from the well-received response stated the following,

“We are thrilled to be participating for the first time on such a large scale in India and to represent the contemporary face of Pakistani fashion,”

On the other hand, Rizwan Beyg a comparatively new and much trendy designer from Pakistan also made it to LFW 2014. The designs were exquisite and were definitely something to have a look at, here have a look:

Rizwan’s views on Indian and Pakistani fashion collaboration are well reflected through his words,

“We have different identities and we come from different places and go to different places. In that sense, we designers become ambassadors for Pakistan every time there is an international fashion show,”

Zara’s designs were one of the most well acclaimed ones throughout the LFW due to her understanding of various cultures and their well implementation within her designs, have a look at some of her designs right here:

Zara showed much interest in LFW, stating that it is a great platform for her brand while also expressing her delightful experience of heart-warming acclaim she received for her floral designs.

Following Zara, another much talented designer from Pakistan Faiza Samee also showed her modern yet classy designs on LFW 2014 India. Having been a part of LFW for years, this was the very first time Faiza showcased her designs at the LFW ramp. Here is a glimpse of her wonderful work: