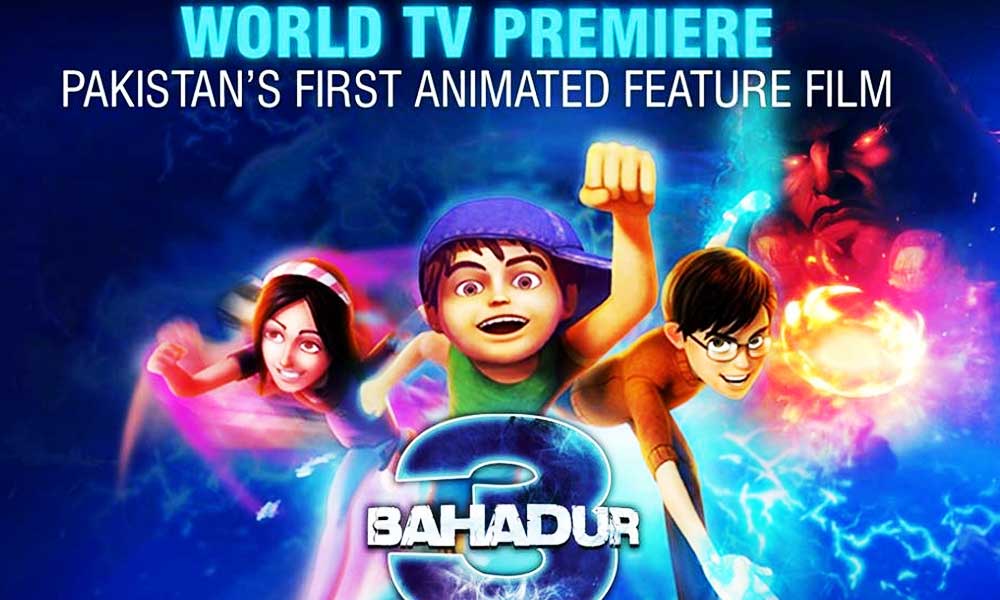 Pakistan’s most prominent  TV channel, Ary Digital is going to showcase the world TV premiere of Pakistan’s first Urdu animated movie “3 Bahadur”. However, the date has not been announced yet.

Have a look at “3 Bahadur” Facebook update as shown below: 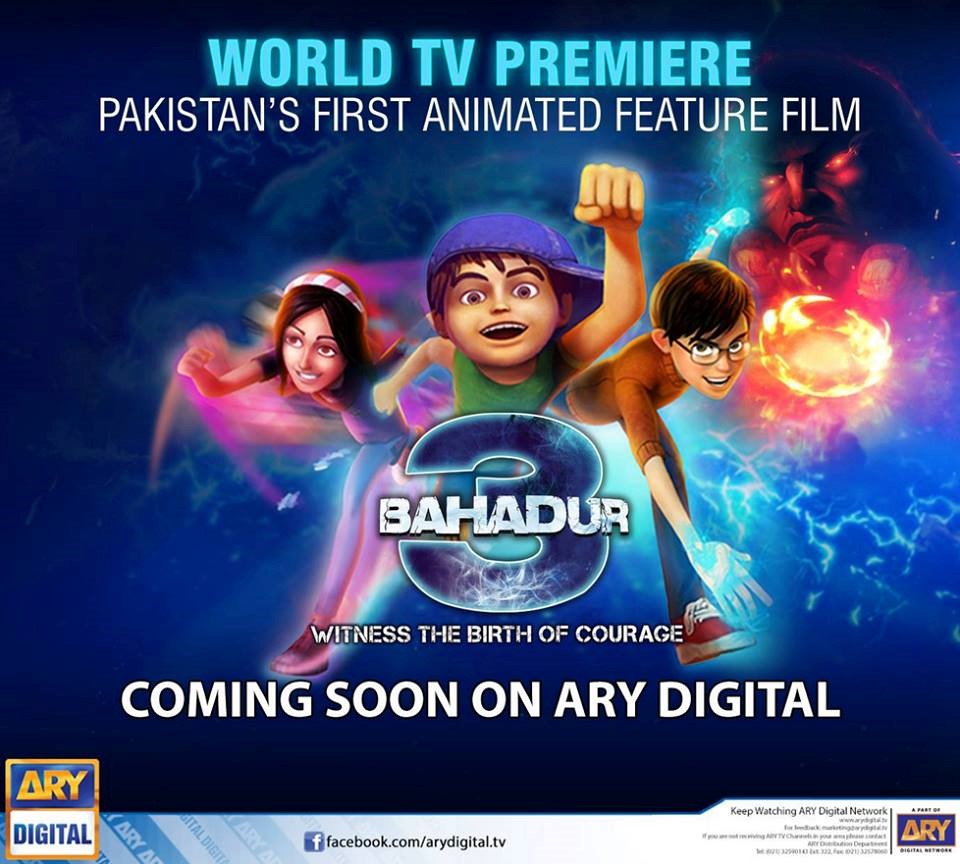 3 Bahadur’s storyline revolves around three brave and daring children (as the name shows) who stand up against the injustice that prevails in our society and attempt to enhance dismissed and sidelined things in the society. This creates a strong bond and blends the local people, encouraging them to raise their voices for equality against the evils of the society.

The movie is a project of the Oscar-winning beauty, Sharmeen Obaid Chinoy who wants to create heroes for our next generation. ‘3 Bahadur’ was initially released on 22nd May 2015.

Don’t miss the chance to watch ‘3 Bahadur’ world TV premiere for the first time ever, only on Ary Digital!