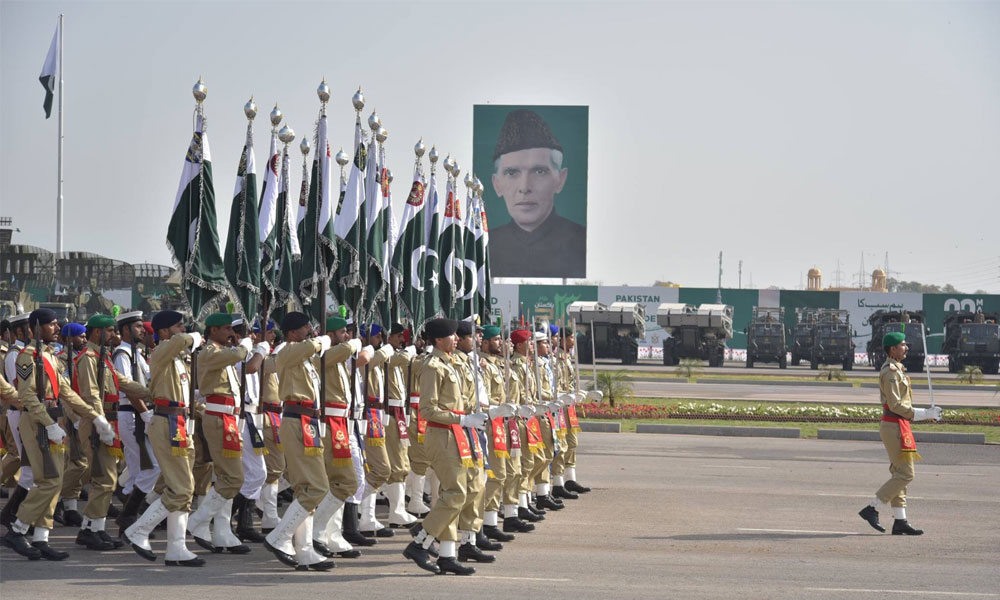 23rd March marks the day when Muslim League drafted the Pakistan Resolution 1940 that called for an independent State. A parade is held to commemorate the national holiday and the dress Rehearsal for Pakistan day is in full swing at Shakaraparian ground in Islamabad.

Strict security measures are taken for Rawalpindi and Islamabad. Mobile phone services are expected to remain suspended in different parts of the twin cities from from 6am to 1pm. Only people with a security pass will be allowed to enter the venue.

Traffic Plan for Rehearsals and Day of Parade

Islamabad traffic police has devised a traffic plan for for 23rd March and rehearsals.

Who will be participating?

The dignitaries attending the parade:

Chief of South African National Defence Force and  General Solly Zacharia Shoke will be present to watch the parade.

Here are some of the highlights from the rehearsals: