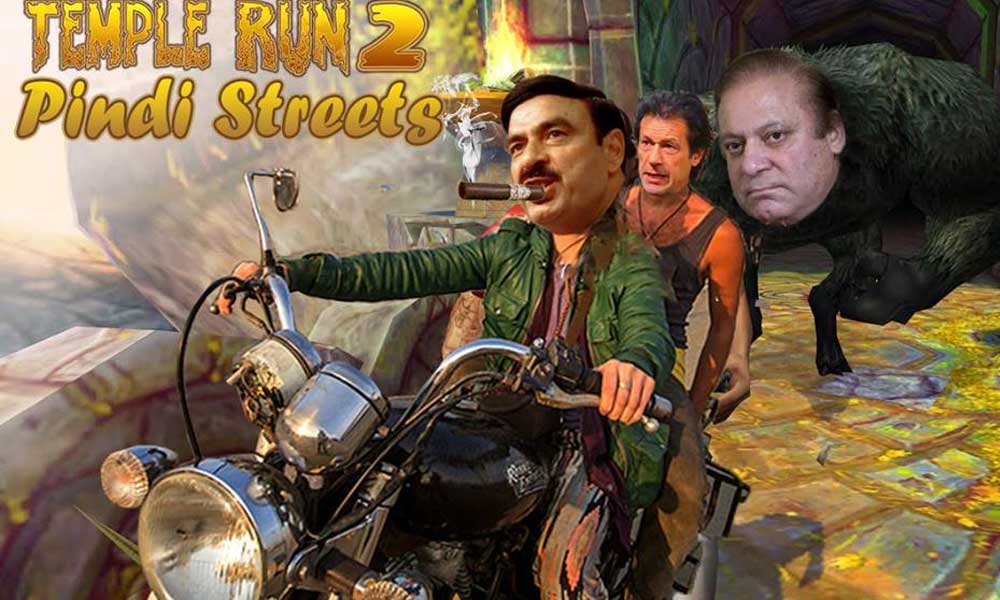 The bold and fearless Awami Muslim League leader Sheikh Rasheed left the nation in fits of laughter on Friday, 28th October with his epic entry and escape at the Committee Chowk, Rawalpindi.

Rasheed joined the PTI and AML protesters in ‘Dabangg’ style and had quite a ‘Dhoom 4’ escape!

Here is a funny video of Sheikh and his peeps, dodging the police.

He sent social media into a total frenzy!

Catch me if you can
I am coming.
Get ready boys https://t.co/iuTlSVvGth

Within minutes, #SheikhRasheed had taken over the Twitter landscape: Here are 17 hilarious Sheikh Rasheed Tweets that prove he is the Real Boss. These reactions will have you rolling on the floor in fits of laughter.

There should be a video of Sheikh Rasheed running in slow motion to the Baywatch theme song.

Even Imran Nazir tweeted about the boss!

When you are late at your ex wedding but you still wanna show up to prove you dont mind her getting married #SheikhRasheed pic.twitter.com/n45bIISuK0

This man has done in real life what we see in bollywood movies. Don ko pakarana mushkil hee nahi namumkin he. 💪💪💪#SheikhRasheed pic.twitter.com/U4kb9veMqg

He proved he is the real life Don of Pakistani politics! Do you have any funny tweets, memes or pictures of Sheikh Rasheed’s grand entry and the great escape? Share with us.