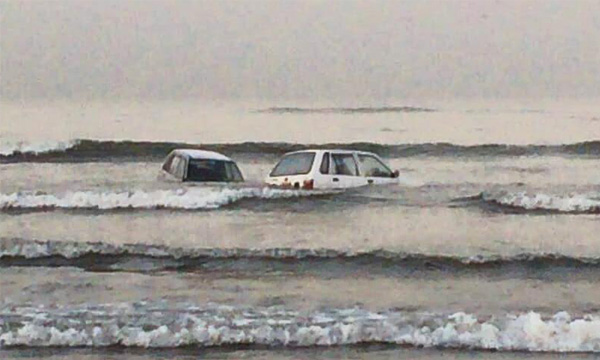 The officials of Defence Housing Authority (DHA) spotted two white cars, floating on the Clifton beach. The rescue team was then called to help pull the cars out from the sea. It was later found out that there was no passenger or driver in the car.

It still remains unclear how the cars were fully submerged into the water.

The rescue officials stated that it is possible that the cars sunk during the night time; however further assessment and investigation is still underway.