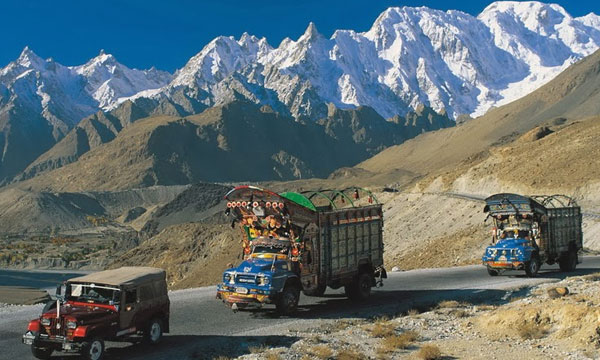 We, as a young nation, are very much affiliated romantically with the number 14 and with this reference, Brandsynario has gathered these fourteen amazing facts about Pakistan, our beautiful motherland, which might be unknown to you:

1. Pakistan is the 6th largest nation in the world containing one of the oldest civilizations in history [Mehrgarh, on the Kachi plain of Balochistan, dates back to 6000 BC and one of the earliest known farming villages of Indus Valley Pakistan] 2. Pakistan holds 4 out of the top 14 highest peaks in the world; K2 is the 2nd highest mountain in the world. 3. Pakistan has world’s largest irrigation system i.e. 3 times bigger than Russia’s canal system even though Pakistan is at least 10 times smaller than Russia. 4. Pakistan National Anthem tune ranks 1st in top 3 tunes of the world and 1st in the world’s national anthem.

5. Pakistan has the world’s highest paved international road – The Karakoram Highway, which is said to be the 8th wonder of the world. 6. Pakistan has the 6th largest armed forces in the world and only nuclear power in the Muslim world. 7. Pakistan is the world’s 7th largest pool of scientists and engineers. 8. Pakistan has Khewra salt mine, which is the 2nd largest salt mine in the world. 9. Pakistan is ranked 4th in terms of broadband Internet growth in the world. 10. The world’s largest Volunteer Ambulance Service Providing Organization operates in Pakistan that was founded by A. Sattar Edhi, a social worker of international fame. 11. Pakistan is making 80% of the world’s soccer balls at one of the largest facilities in sports good in Sialkot. 12. Pakistan treasures one of the rare species of dolphin known as ‘Blind Dolphin’ in waters of Indus River, one of the longest rivers in the world. 13. Pakistan is ranked 25th in terms of overall agricultural production with chickpeas on top,5th in mangoes, 6th in dates, 8th in rice,  9th in wheat and 10th in orange production in the world. 14. Pakistan is ranked 95th in terms of industrial production even though it has 4th largest coal and 7th largest copper reserves in the world. Have more interesting facts about Pakistan to share? Tell us in the comments below.