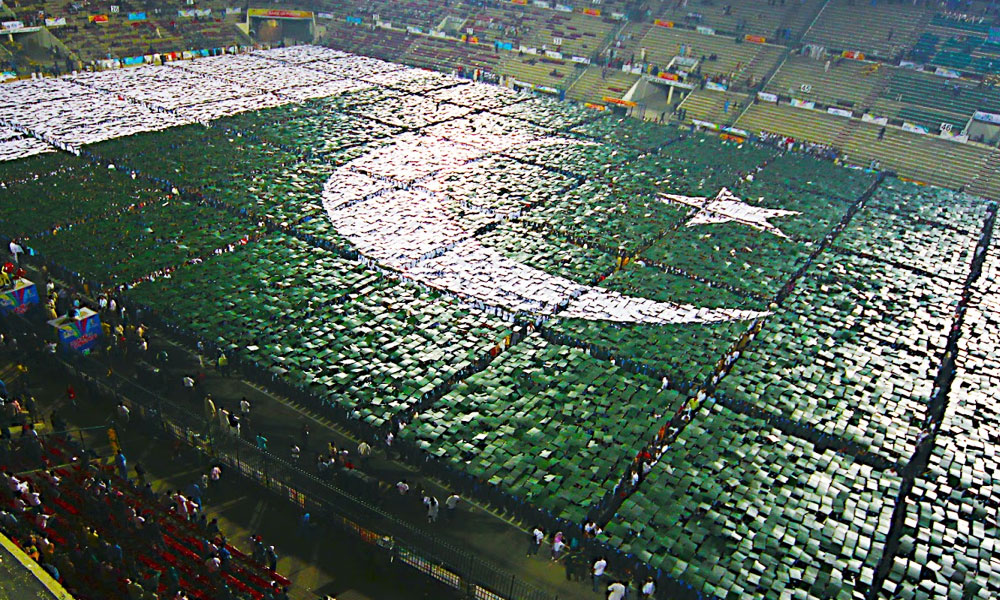 14th August is right around the corner and like every year, there are many who’d want to spoil whatever patriotic spirit is left within us by giving ten reasons for not “celebrating” the day.

While nobody denies the existence of such problems, we should be thankful that at the end of the day, we are a free nation and that the true meaning of freedom can only be realized if we put ourselves in the shoes of those still struggling for it.

So instead of being a spoilsport we will take you back down that memory lane and make you revisit those old patriotic songs that are still close to our heart.

After all, what is 14th August without them?

When Shoaib Mansoor wrote and Vital Signs sang ‘Dil Dil Pakistan’ back in 1987 they would have never expected it to become the second national anthem of Pakistan.

The popularity of this song is so immense that back in 2003, it stood third in BBC’s top 10 popular national anthems. There are even separate badges that have the flag with the words “Dil Dil Pakistan”.

The famous trio, Benjamin Sisters gave a national song which is the need of our present time. It reminds of the old times when it was usually performed in schools with people from different provinces standing together under a huge green flag.

There would hardly be any Pakistani who couldn’t sing along the all time favorite patriotic song, ‘Jeeve Jeeve Pakistan’.

Composed by Sohal Rana and sung by Shahnaz Begum in 1972, this song is the masterpiece of Jamil-udin-Aali.

The greatest Sufi-Rock band of Pakistan, Junoon dedicated a song to the evergreen passion of nation, Cricket in the light of World Cup 1996.

The song has such power that it fills every Pakistani with enough zeal to shout a long “PAKISTAAAAN” when Ali Azmat sang the part “sabki nazron me, Pakistan kabhi na bhoolo”.

While the song doesn’t have the usual catchy and fast music, its lyrics are very deep and have a serious meaning attached to it.

Sung by Alamgir, this 90s song also featured Benjamin Sisters and reminds us about our own responsibility as citizens of the state.

With a beautiful melody, the sweet voice of Nayyara Noor’s Wattan Ki Mitti Gawah Rehna is a song which pays tribute to anyone and everyone who strives to make the country a better place.

Though very old, this is one song that still gives me goosebumps whenever I listen to it.

Sung by the Ghazal King, Mehdi Hasan, the song beseeches the listeners to take ownership of Pakistan and treat it like their home. A new video of this song was recently made by Hum TV before the legend passed away in 2012.

So when you are done listening to these songs and reminiscing about the past, remember the message of independence is not just for 14th August, it is for the entire year.

Do your best to improve this country in any way, and you shall see how everything changes for the better.