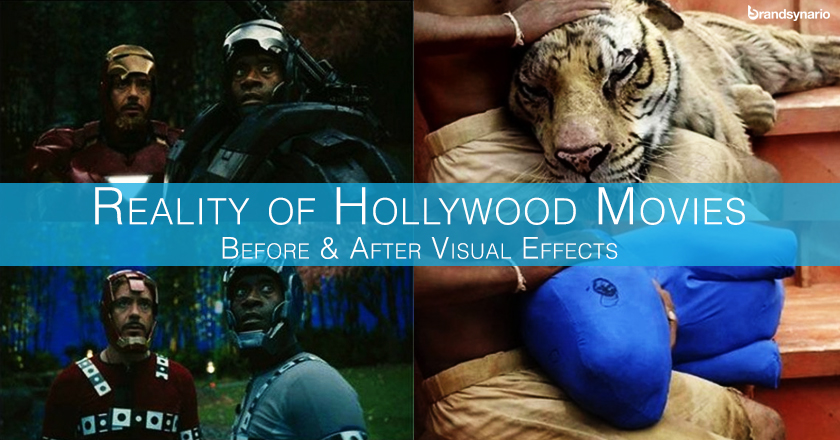 We have been so accustomed to watching Hollywood movies’ spectacular visual graphics that neither do we expect anything less from an upcoming Hollywood flick, nor do we stop and think that behind their making are ordinary men like us who created, designed and acted in these seemingly superhuman movies.

But imagine watching Iron man without Visual Effects or The Amazing Spider-Man – or Avatar?

Let’s take a look at how ordinary they look indeed, before the human ingenious, with modern graphic technology, give them that last Godlike touch that changes everything.

Yes, these are all the answers of how Hollywood Movies looked without Visual Effects. These visuals will blow your mind away, with their simplicity.

This is when you realize that most of Hollywood blockbusters owe a huge amount of their success to the incredible visual effects supporting them. Can you imagine them without them? So, the next time you watch a Hollywood movie, don’t forget to thank the engineers and admire the immensity of advanced visual graphics, without them there would just be ordinary people dressed up in funny suits making very funny sounds.