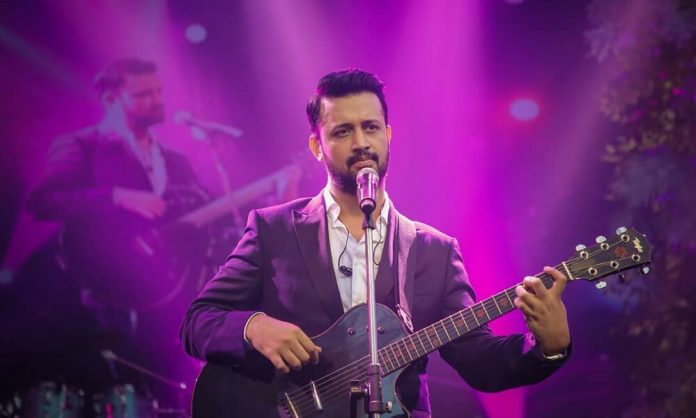 And the moment we were all waiting for is here!  12 bajay by Atif Aslam finally releases and we can’t be happier.

After touching millions of hearts with his magical voice in numerous chartbusters songs like Pehli Nazar, Jeena Jeena, Tera Hone Laga Hoon, and others, Atif Aslam released his new single titled ‘12 Bajay’ and we are sure it will be setting new records.

Tum by Atif Aslam From “Laila Majnu” Is Now Out!

The Tu Jane Na singer took to his social media accounts and shared the song with the caption:

Here is a song made purely out of my love for music. The same love that breathed life into my journey. The same love that resonates with all of you beautiful people. I took only that love when I entered sunset sound studio earlier this year and left everything else at the door.. I forgot about all the #numbers and the #views and all the pressure that comes with it…and just let it all out in the studio. If you can even feel 5% of what I felt while making this, it's a #success 😉 Thank you Zeeshan Perwez @zparwez for directing 12bajay and giving life to the song.You are a star ✌ Would like to thank my band – more power to you guys 👏ya Zain Ali – Guitar Danish Khawaja – Guitar Sameer Ahmed – Bass Alfred Peter D’mello – Drums Arsalan Rabbani – Keys and Organ Sharoon Leo – Violin Geoff – Recording Engineer ( thanks for making me experience the real chamber reverb @geoffbneal ) Here it comes https://youtu.be/wy21D2RszTo #atifaslam #12bajay #music #aadeez

In the video, we can see some amazing graphics with his signature soft tone in the background. The video definitely kept us intrigued and now we just cannot get enough of it.

Earlier this month, the singer released the teaser of the song which created a stir on social media.

The half-minute teaser of 12 Bajay was made available online today and people were watching it again and again.

We need to say, it is not less than a year-end gift for his fans!

Did you like Atif Aslam’s new song? Let us know in the comments section below.