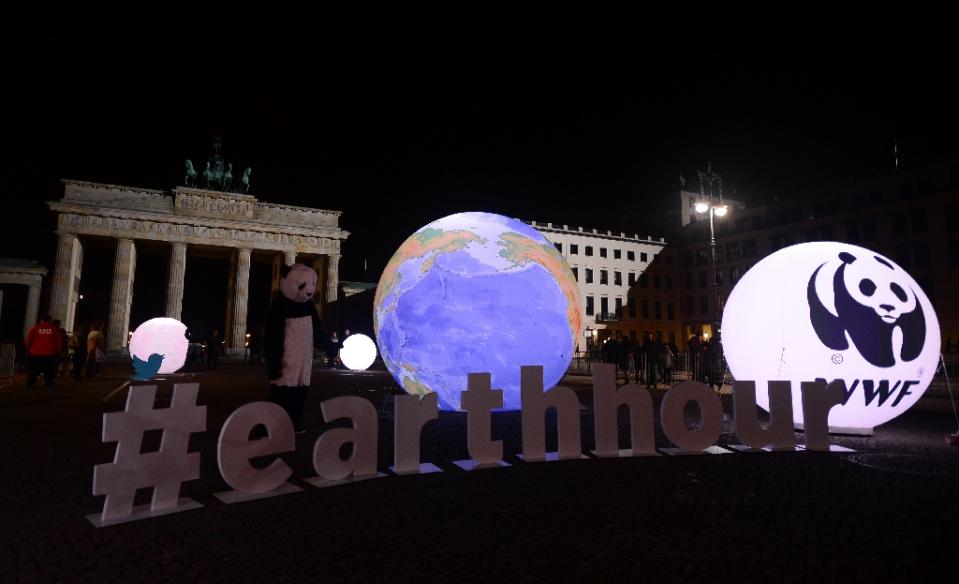 Even as people, the world over symbolically dim lights to fight global warming this Saturday, many will join email and social network campaigns that invisibly contribute to climate change.

The 10th edition of Earth Day, organized by the WWF and backed by other NGOs to raise awareness about the threat of climate change, will see landmark monuments — from the Eiffel Tower to the Empire State building to Taipei 101 in Taiwan — go dark at 8:30 p.m. local time.

Biking or car-pooling to work, eating less meat, turning down the thermostat a notch in winter, becoming an ‘eco-responsible’ consumer — these are some of the many ways folks can make a small difference, especially in rich countries with higher per-capita CO2 emissions.

At the same time, however, a parallel realm of carbon-polluting activity — ranging from email exchanges to social network chatter to streaming movies on smartphones — has slipped largely unnoticed under the climate change radar.

In isolation, these discrete units of our virtual existence seem weightless and without cost. A short email, for example, is estimated to add about four grammes (0.14 ounces) of CO2-equivalent (CO2e) into the atmosphere.

By comparison, humanity emits some 40 billions tonnes of CO2 every year. But as the digital era deepens, the accumulated volume of virtual messages has become a significant part of humanity’s carbon footprint.

“Electricity consumption related to the growth of digital technologies is exploding,” notes Alain Anglade of the French Environment and Energy Management Agency.

In France it already accounts for more than 10 percent of total electricity use, he said, a percentage that holds for many developed countries. To see the big picture, it helps to break it down.

Sending five dozen of those four-gramme emails in a day from your smartphone or laptop, for example, is the equivalent of driving an average-size car a kilometer (0.6 miles).

The culprits are greenhouse gases produced in running the computer, server and routers, but also include those emitted when the equipment was manufactured.

Add a 1-megabyte (MB) attachment — a photo or invitation, say — and the energy consumed would be enough to power a low-wattage light-bulb for two hours. If that email is sent to a mailing list, multiply by the number of recipients.

Email tips for the energy-conscious include avoiding unnecessary recipients, slimming the weight of attachments, emptying your trash box. Even not being too verbose is helpful — the carbon counter is running as someone reads your long-winded missive about that trip to Disney World.

And the next time you look on Google for “cats that look like Hitler” (536,000 hits), remember this: a Web search on an energy-efficient laptop leaves a footprint of 0.2 grammes of CO2e.

On that clunky desktop, that figure goes up to 4.5 grammes. Even no-frills SMS text messages — like the tiniest of atoms — are not without mass, weighing in at about 0.014 grammes of CO2e.

And e-readers are not necessarily more eco-friendly than old-fashioned books. It takes about a kilo of CO2e to make an airport paperback, but at least 200 times as much to manufacturer an e-reader.

That means you would need to read no less than 70 books a year for three years on a digital device to be “carbon neutral” compared to a book. The WWF has “urged its supporters to take a stand for climate action” by massively using Facebook and Twitter.

But it does have a cost, he might add.