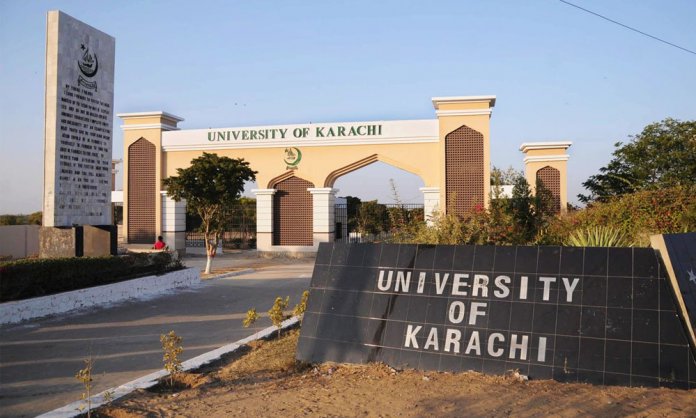 Those who have been to the University of Karachi, popularly known as KU, will agree that there no other place like it.

It’s just another world; like a city inside a city. It is humongous. You think of anything and it is present over there. Whether it be a hostel, or tuck shops or dhabas, or mosques or even a graveyard, KU has everything of its own.

Here we have put together a bunch of things that anyone can relate to who has ever been to KU.

When you have that chana paratha craving at KU, it can only be fulfilled by going to Sufi ka dhaba. It’s not just the food that’s awesome, the CHAI serves as the cherry on top.

You are not afraid of strange animals once you enter KU. Initially, you’d observe cute squirrels running around here and there, but later on, the campus will surprise you with Dragon Lizards, wild Boars and what not!

This is something which is a big NO if you are on the streets outside but on the premises of KU, girls, boys, anyone you see is asking people for a lift and no one minds helping them out. The university of Karachi is HUGE and everyone understands that it becomes very difficult to walk, especially during the afternoon. So, students who have cars, or their parents who come to pick them up and even the teachers, everyone is helping one another over there.

Going to KU is a very different and amazing experience. Those who have been to KU will agree to it. If there’s anything you think should be added to this list then let us know.