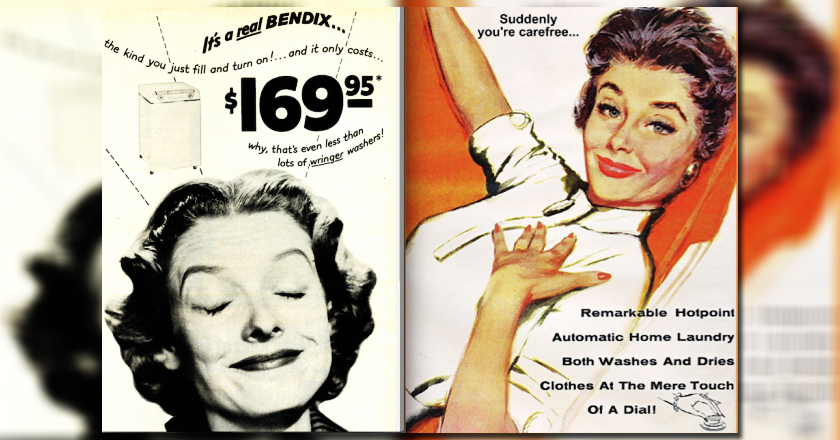 Check out top 10 most shocking ads that makes American women seem as if they almost want to “marry” these appliances !

The zeal in their eyes and the subliminal feel that comes through in the communication seems more than suggestive.

These ads come from a decade where the role of women was very much that of a home maker only and where the sex appeal they were expected to present was emphasized. Much of the Feminist Movement also came in after this with books such as – Betty Friedan’s ,the The Feminine Mystique-1963, played an influential role in changing the thinking of women.

American advertisement has been notorious for its controversies, first it was the sexist ads then came the racist ads only to be followed up by the ‘weird lot’.

One can cut them some slack for perhaps discovering the ethics of advertising, which we now take for granted. It is worth noting here that it is same Americans who laid out the basic mechanics of advertising for all the generations that came after them.