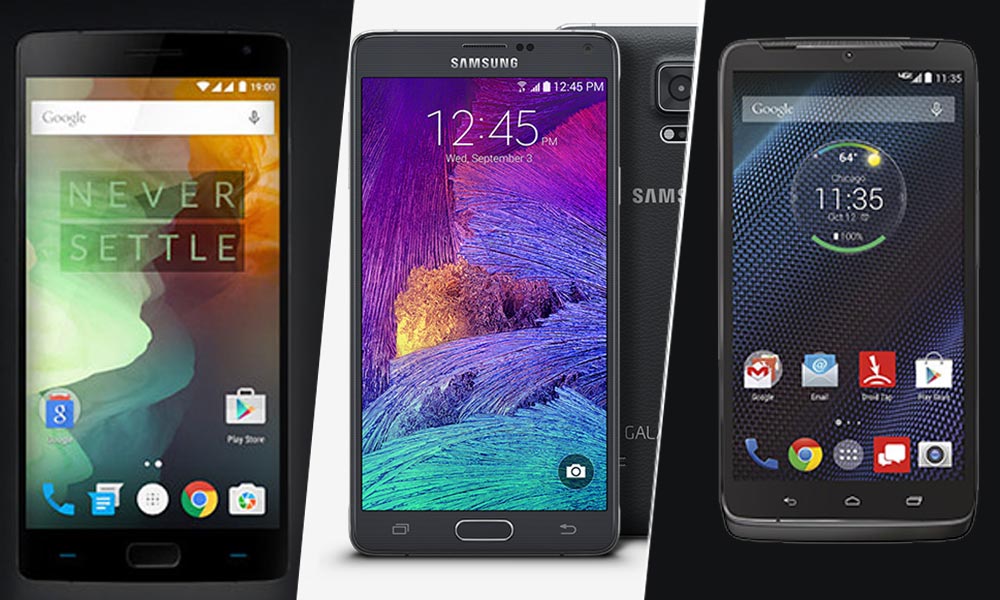 As our phones get more powerful and their screens get bigger, the need for big batteries to keep them powered arises. A phone’s battery life is one of the main features we look towards when buying a phone and it comes as no surprise that many of us are always on the lookout for places to charge our phones, if the need arises.

The ability to keep our phones fully charged in the fast-paced world today is not a desire, but a necessity. For us, the quicker a phone’s battery charges, the better it is. Here is a list of the top fastest-charging smartphones that you can buy right now. One of the most-hyped phones of the year, the OnePlus 2 takes a little over 2 hours to fully charge, even though it holds a massive 3300mAh battery. The big battery charges to about 20% in 15 minutes. The Samsung Galaxy Alpha holds a relatively smaller 1860mAh battery that charges in just under 2 hours and lasts for about 52 hours on light use. Released in January this year, the Asus Zenfone 2 has a 3000mAh battery that charges in 1 hour and 49 minutes and charges to about 32% in a simple 15-minute charge. The 3900mAh battery on the DROID Turbo is not only big, but has a relatively fast charging speed. A quick 15-minute charge can give it a 22% battery. The HTC One M9 is HTC’s flagship phone for 2015 and holds a relatively modest 2840mAh battery. The phone fully charges in 1 hour and 46 minutes while a fully charged M9 can retain a full charge for about 6 hours and 25 minutes. The Motorola Nexus 6 holds a massive 3220mAh battery unit, and charges in 1 hour and 38 minutes. A quick 15-minute charge allows it to be lightly used for 12 hours. Samsung phones are some of the quickest charging phones in the market right now, and the Samsung Galaxy Note 4’s 3220mAh battery takes about 95 minutes to fully charge. A quick 15-minute charge of the phone and you can use it lightly for almost 13 hours. The Samsung Galaxy S6 holds the quickest charging battery out there. The 2550mAh battery charges fully in just over 80 minutes from 0%.

If you are looking to buy a phone that charges quickly, stay clear of Apple phones! Android phones use the turbo-charging technology, which is why they dominate the list of quickest charging phones available to be bought by you!