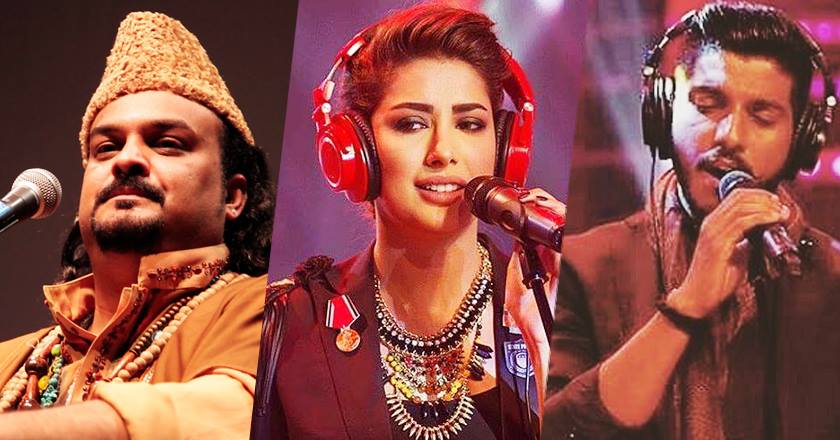 Coke Studio Season 9 will soon be hitting the airwaves on August 13th, 2016 and the featured artist lineup appears to be more than promising! This time around, Strings has taken over as the executive producers of the show and have collaborated with six music producers from all over the local music industry. These music producers will serve as a breath of fresh air and bring their own sound to the popular music platform.

The music producers coming on board and working with a plethora of artists include Jaffer Zaidi, Faakhir, Noori, Shuja Haider, Shiraz Uppal and Shani Arshad.

One of the best things about Coke Studio is the opportunity it provides singers to share their talent via this platform. Quite a handful of singers will be making their Coke Studio debut but we are definitely rooting for the following 10 best singers making their debut this year.

Check them out below.

The Kaho Aik Din and Aapki Yaad singer will be making his debut in Coke Studio 9 after a hiatus. Well, it was about time!

The Indian singer Nirmal Roy was invited by Noori to be a part of Coke Studio 9. It will be interesting to see what they have cooked up for us.

Proving her mettle on the original soundtrack for ‘Tera Mera Rishta’, Nirmal has worked on different music projects with Shiraz Uppal. Her debut Coke Studio Season 9 performance, will sound very different from any genre of music she has done performed before.

Fans have been quite ecstatic for this one! Amjad Sabri’s performance marks not only his Coke Studio debut but also his last recorded song before his untimely death. He will be seen collaborating on a qawwali with Rahat Fateh Ali Khan. It will be quite a treat to watch!

We cannot wait for this one.

Shiraz Uppal will not only be stepping into the music producers’ shoes this time but will also be singing duets with Mehwish Hayat and Rafaqat Ali Khan.

The Saathiya singer is back and ready to put his vocals to good use! Let’s see if his debut song is as catchy as the one that shot him to instant fame.

The actor who played Moon in Na Maloom Afraad is actually classically trained and has a real talent when it comes to singing. Fingers crossed for this one!

The veteran singer Naseebo Lal has been singing folk songs and providing vocals for Pakistani film industry for quite a long time now. Given her vocal range, she will surely mesmerise the viewers.

The classically trained ghazal singer who also represented Pakistan in the Indian musical competition Sur Kshetra will also be featuring in this season’s lineup.  He may just win our hearts all over again.

The actress turned singer will be making her Coke Studio debut and we are all pretty excited for this one! She has been known as a singing enthusiast and her vocals sound amazing when she randomly sang at a morning show. Despite the criticism over her selection, she is looking forward to the season.

Only her performance can satiate our curiosity when it comes to her singing talent.

Besides marking his Coke Studio debut as a music director, Haider will also be lending his vocals for one of his own songs. Let’s hear this one!

Which debut artists are you looking forward to? Share with us in the comments below.