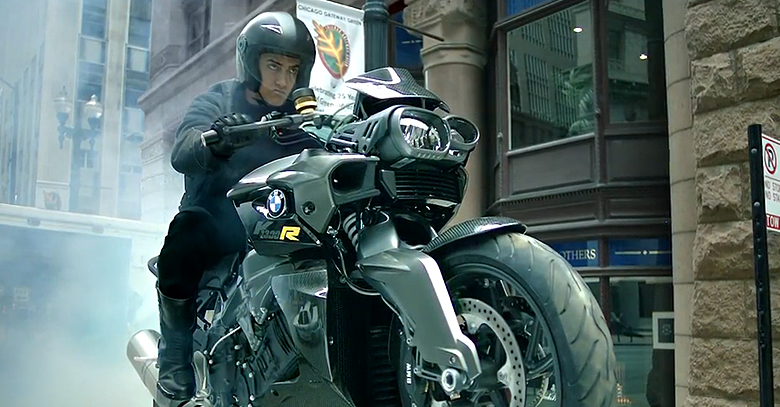 With Mr. Perfectionist in the leading role alongside stunning Katrina Kaif and rugged Abishek Bachan, “Dhoom 3” is wrecking havoc in terms of breaking records, crossing 100 Crores in its first week of release all over the world.

Let us glance over some of the records broken by Dhoom 3:

1) Within its opening only Dhoom3 beat the 32.91 Crores income of Indian super-hero film, “Krrish” also the third part on the FIRST Monday.

2) Dhoom 3 now stands tall with the record for being the BIGGEST NON HOLIDAY FRIDAY passing the likes of“Yeh Jawaani Hai Deewani” and the action packed “Dabangg 2.”

4) In states of Gulf Cooperation Council (GCC) like UAE, the film made US $1279000 making it the highest grossing Indian movie in the history.

5) Dhoom 3 was successfully able to take North America especially USA and Canada by storm earning around US $100,000 again being the highest amongst other films.

6) United Kingdom didn’t fall far behind, earning  US $400,000 releasing on a day that was not a holiday and  becoming the only film to do so on the opening day.

8) The film left the entire world spell-bounded grossing over 56.8 Crores world wide, the highest ever recorded.

9) The film turned out to be best not only for the viewers but for the stars as well and Dhoom 3 ultimately became the greatest box office film by the trio of Amir Khan, Katrina Kaif and Abishek Bachan.

10) The film broke the records of the Pakistani film, “Waar” on its first day of release by Rs 8 Million. While Bilal Lashari’s “Waar” was released on the eve of Eid-ul-Azha, Dhoom 3 was released on a working day and made more than RS 19 Million in comparison with “Waar” which made Rs 11.4 Million.

Even with the opposition of the release of the film in Pakistan, the cinemas in the main cities of Karachi and Lahore were jam-packed with the arrival of Dhoom 3, majority of them generating a lot of profit from the advanced booking of the much awaited film.

Dhoom 3 has been released on almost 56 screens all over the country and with its apparent success on a non holiday day its towering triumph in the coming weeks can be foresighted.

While we need to wait to see if it will break all the records of “Waar”, it is safe to say that it will become the most profitable Indian film in Pakistan leaving behind “Chennai Express” which earned around Rs 100 Million.

Dhoom 3 has enjoyed a house full everywhere and the public is undoubtedly in love with the performance of Amir Khan, the action of Abishek Bachan and the splendid dance sequences by Katrina Kaif.