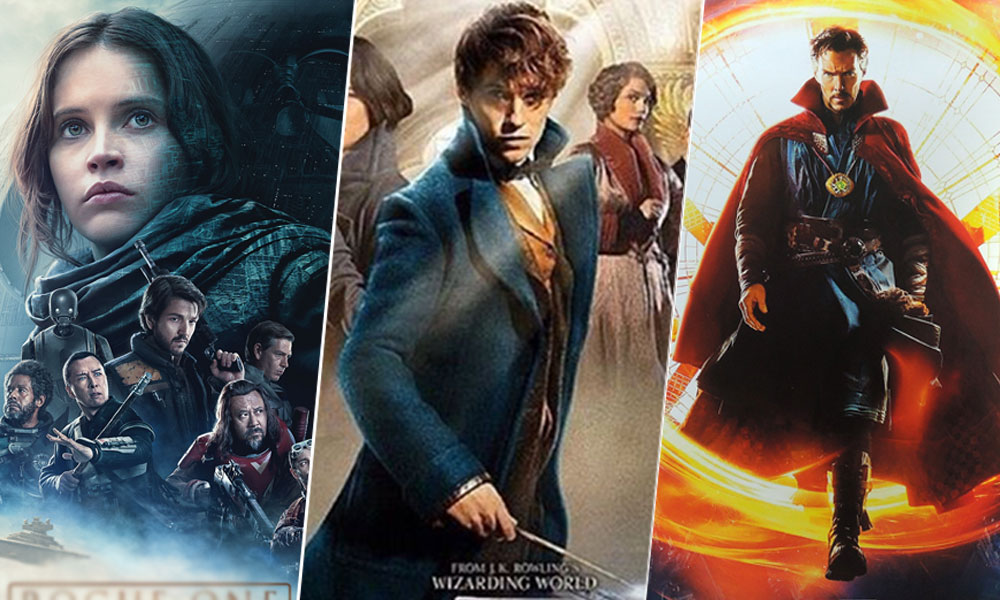 With 2016 coming to an end with its fair bunch of ups and downs with plenty of icons and pop-stars leaving us behind in a year that just didn’t know when to stop, we take a look back at some of the movies that made a mark this year in Hollywood.

With hundreds of films released each year, it is hard to keep a track of all of them and sometimes we tend to miss out on some of the best ones.

So if you’re a busy-bee, struggling to keep updated, here is our comprehensive list of some of the best films from 2016 that you might have skipped out on.

When the last Harry Potter movie was released, for Potterheads all around the world, it was possibly the worst thing ever. But 2016 brought us not only a new play in the form of the ‘Cursed Child’ but also a film adaptation of ‘Fantastic Beasts and Where to Find Them’ starring none other than Eddie Redmayne as Newt Scamander in the lead role.

The heartthrob, Ryan Reynolds proved once again why he is simply the best. The anti-hero with a penchant for foul language gave some of the best comic relief of the year while taking on Ed Skrein who played Ajax and Morena Baccarin as Vanessa.

The year 2016 saw the usual DC vs Marvel debate heat up more than usual with both the comic book giants releasing movies.

Captain America: Civil War the third installment in the Steve Roger’s story proved once again why Avengers are the mightiest heroes on earth.

With a star-studded cast that includes Chris Evans, Robert Downey Jr., Scarlett Johansson, Sebastian Stan, Anthony Mackie, Don Cheadle, Jeremy Renner,  Paul Bettany, Elizabeth Olsen, Paul Rudd, Emily VanCamp and Tom Holland the heroes came together in what could be one of the most epic battles that action-lovers’ ever witnessed.

When Finding Dory was announced, naturally everyone got very excited as it was the sequel to Finding Nemo. The origin story of Dory and how she came about to be is still one of the best stories of 2016 featuring an ensemble cast with the voice of Ellen DeGeneres starring as the titular character Dory.

The second movie in the Cloverfield franchise directed and written by none other than the brilliant Dan Trachtenberg, tells the story of a young woman who gets into a car crash and later on wakes up in an underground bunker with two men who believe the surface of the Earth is inhabitable. Starring John Goodman, Mary Elizabeth Winstead, and John Gallagher, Jr., the movie is a must watch for all psychological thriller fans.

As mentioned earlier, 2016 has been a battle between Marvel and DC this year for the best superhero movie.

DC put out its own follow-up to 2013, Zach Snyder directed Man of Steel which features for the first time both Batman and Superman on the big-screen which also features Wonder Woman, Aquaman, The Flash, and Cyborg.

The surprise edition of the year, Moonlight tells the story of a young man’s who is struggling to find himself. The story is told in three parts all the while the boy goes through different experiences on his path to self-discovery.

Starring Trevante Rhodes, André Holland, Janelle Monáe, Ashton Sanders, Jharrel Jerome, Naomie Harris and Mahershala Ali, Moonlight is one of the best movies to come out in 2016 so far.

Tom Ford might have made a name for himself in the world of fashion but his movies are what everyone is talking about. After the success of his, Oscar-nominated ‘A Single Man’, ‘Nocturnal Animals’ once gain proves why Tom Ford is the perfect man for the job.

Nocturnal Animals tells the story of a woman who is disturbed when she receives a manuscript of a novel sent to her by her former husband.

Starring Amy Adams in the lead alongside Aaron Taylor-Johnson, Isla Fisher, Armie Hammer, Laura Linney and Michael Sheen, the thriller is all set to break box office records this time around.

The one-off anthology that no one knew what to expect had a hype around the release of this movie. This turned out to be as epic as far as movies are concerned.

Focusing on the Rebel Alliance’s operation to retrieve the plans for the first Death Star, with a trip to the galaxy far, far away, the movie was the first to not be Jedi focused as its predecessors.

The story follows Jyn Erso, the daughter of the designer of the Galactic Empire’s superweapon, the Death Star, and her journey.

The stellar cast includes Felicity Jones, Riz Ahmed, Diego Luna, and cameos from other Star Wars stars,  is must watch for all Star War fans.

Do you have any more movies to add to the list of the best movies of 2016? Let us know in the comments below!